The past few weeks have seen a number of digital players launch or revamp ad tech platforms, as well as new ISBA research showing that half of online ad spending goes to industry middlemen. 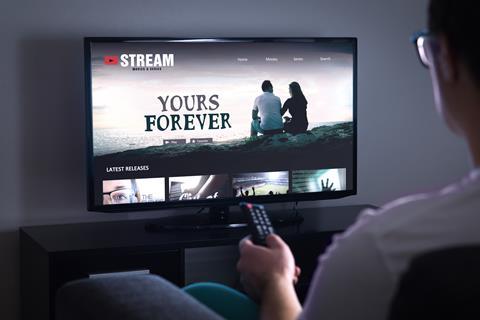 Ebiquity: TV audiences continue to fall as does commercial impact for advertisers

As video and audio streaming viewing has surged during lockdown, so too has the determination of digital platforms to capture a larger share of the advertising pie.

The past few weeks have seen a number of ad tech players launch offerings which they say can deliver commercials to digital platforms in a more targeted, personalised and effective way than traditional linear broadcasters.

At the same time, however, fears have been expressed about the amount of money that disappears into the supply chains around the programmatic ad market with an ISBA study this month concluding that half of online ad spending goes to industry middlemen – on which more later.

First some background. As online platforms grow, linear TV’s audience is continuing to shrink with a predicted 21% fall in overall adult commercial impacts for advertisers by 2025, according to a recent report, titled Mind the Gap, by respected marketing and media consultancy firm Ebiquity.

For the 18-24 viewing demographic, the figure is even more startling: more than half (56%) of the impacts will have disappeared in five years, reckons Ebiquity.

These audiences, of course, have not totally stopped consuming TV content – they’re just watching on different devices rather than the traditional television in the corner of the living room.

Indeed, media agencies believe TV is still a strong and effective medium – and that it will remain one of the most significant factors in marketing.

“Our goal is to help advertisers and content partners invest for a world where all TV is streamed,” Scott Rosenberg, Roku.

Letting advertisers accurately follow audiences across on demand platforms has, as a result, become a huge growth opportunity.

The platform promises to reach four out of five U.S. homes, and has advertisers such as Lexus, Giant Eagle and Experian on board as launch partners. 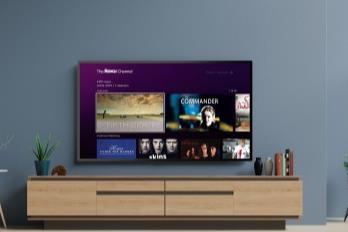 Roku: Unveiled OneView Ad Platform which promises to reach four out of five US homes

“Our goal is to help advertisers and content partners invest for a world where all TV is streamed,” said Scott Rosenberg, senior vice president and general manager, platform business at Roku.

Built on open source solution Prebid, it is designed to allow publishers to auction off all ads in a commercial break - pricing each spot separately - in a single auction. On average there are around four to six spots in a two-minute CTV advertising pod.

Connected TV platforms typically can’t guarantee placement and price of a particular TV spot in a TV commercial break, in contrast to what is done on traditional TV networks.

“The issue is that the connected TV ecosystem is fragmented, so this premium video ad inventory isn’t exposed to the full breadth of advanced ad buying marketplaces,” explained Beachfront VP of advanced TV Ben Abbatiello.

Roku and Beachfront’s moves came just a few weeks after Verizon Media launched a range of advanced advertising tools that it says improves price transparency in the bidding process during ad auctions, and tracks ad performance. 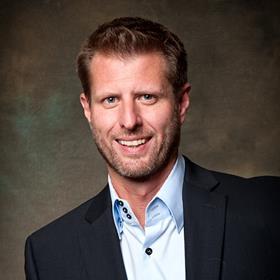 Alexis van de Wyer, CEO of AdsWizz said its new DCO solution “enables audio advertisers to deliver truly contextualized messages that speak to audiences in a way that is not only more personal and relevant, but also much more efficient for the advertiser to manage.”

After years of concern about fees taken by middlemen and ad tech firms in the digital space,  UK advertising body ISBA published the results of its Programmatic Supply Chain Transparency Study, which was carried out by PwC over a two year period.

“We desperately need to see a common set of standards adopted and more openness in this market, so that every penny spent is accounted for.” Graeme Adams, BT Group

ISBA called for far-reaching reform of the UK’s £2bn programmatic advertising supply chain after its study showed that publishers receive just half the money (51%) spent on their digital ads by advertisers.

From every £1 spent by an advertiser, about half goes to a publisher, roughly 16p to advertising platforms, 11p to technology companies and 7p agencies. On average roughly 15p is untraceable.

The study reported that the 15 advertisers who took part in the research (which included BT, Pepsico, Tesco and Unilever) had nearly 300 distinct supply chains to reach 12 publishers, pointing to a “markedly opaque supply chain.”

With the online space so crowded, the promise of programmatic advertising is that brands can target the right audience, in the right place, at the right time. The ISBA study proves what many have known for a long time: that the digital supply chain is far from transparent. Indeed, it has become so complex and so opaque that it is to all intents and purposes impossible for participants to follow transactions from one end of the process to the other.

Graeme Adams, head of media at BT Group, said: “We desperately need to see a common set of standards adopted and more openness in this market, so that every penny spent is accounted for. If this happens, we’ll invest more in the channel; if not, we will cut back and reshape our trading approaches.”

With advertisers now on high alert, the programmatic ad market can expect to see even more change in the months and years to come.