The post-pandemic return of the annual DTG Summit saw a number of futuristic comments wrapped in the warning that many coming technologies will fall between ‘The Cool and The Creepy’. Titled ‘Television Beyond Imagination’, the DTG Summit 2022 was purposely not streamed, so the speakers could be unrestrained in their contributions. George Jarrett reports.

The DTG was founded two years before the 1996 Broadcasting Act, when the words streaming and Internet were in their infancy. For this era, DTG CEO Richard Lindsay-Davies, had three things on his mind for the summit kick start. 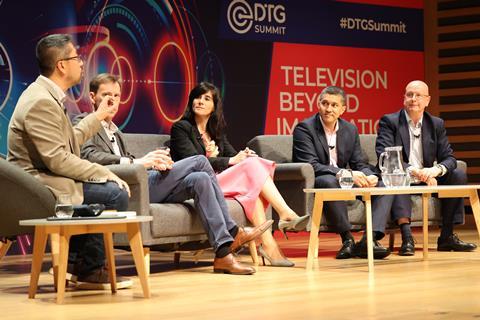 “British TV is on fire, in a good way. We create great content, great platforms, great devices, and great technology. And we have an insatiable appetite for satisfying consumers,” Lindsay-Davies said. “Secondly, the British TV industry might catch fire, not in a good way.” 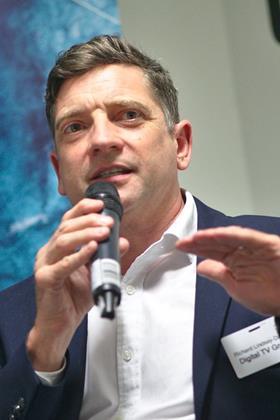 “If we don’t do something soon, we might lose the great industry we have today. Looking ahead we have a burning platform on our hands, and we live in a very fragmented UK. There are lots of platforms, systems and devices, and it is becoming increasingly hard for the UK to compete in the hybrid world we live in. I am not sure we have worked out the secret to surviving that hyper scaler environment.”

Regarding the publication of government intentions for the future of broadcasting, Lindsay-Davies added: “Industry is where we need to implement the future, and it is very important that we have solid regulation to support us.”

David Sidebottom, principal analyst with Future Source, whetted the appetite of attendees with some digital TV stats. These were led by well over 90% of Brits adopting video streaming, with 80% saying that the TV set is their preferred way to watch on demand content. This figure drops to 65% amongst 16–24-year-olds. 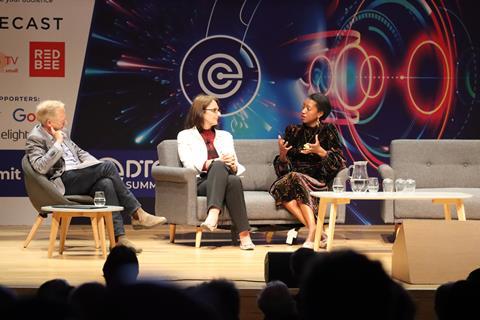 In the light of questions around the BBC licence fee and the privatisation of Channel 4, public service broadcasting is facing new challenges. “We did ask a question around the future of free PSB TV,” Sidebottom said, “and 71% of UK consumers agree is important that everyone has access to PSB in the future.”

The Future Source survey looked at consumers and Smart TV set issues. Sidebottom highlighted some key stats. “Only 14% are confident they know how to make their TV safe from cyber security threats. Picture quality comes out top of the likes at 43%, and energy efficiency and low running costs are the second most requested feature,” he said.

“We asked consumers if they were aware of the Metaverse and over 60% were. But most of these were not sure of what it is and does. The top reason for people believing they will be using it, is for watching TV,” added Sidebottom. “The holy grail we are seeing at the moment is universal search.”

The battle against the streamers 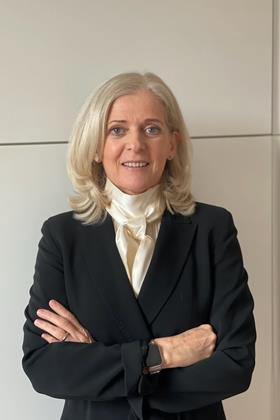 “We are competing against massively funded new competitors who have the luxury of focus. We have had decades to get the bottom layers right, and we now need to learn to grow very fast,” she said.

“There are two big existential threats facing the industry, the first being the battle against the streamers. The second, if you are active in the news arena, is maintaining relevance in the news space. Competitiveness is increasingly dependent not simply on having fantastic content, and the second challenge is where a lot of the talent is located - the critical talent. Those heading up broadcasting organisations in the current environment need to be very smart strategists.”

ITV is one of those smart strategists. Rufus Radcliffe, MD, On Demand at ITV, was at Channel 4 when the first PSB on demand initiative happened, involving the two shows Lost and Desperate Housewives. Now, he’s talking about ITVX. 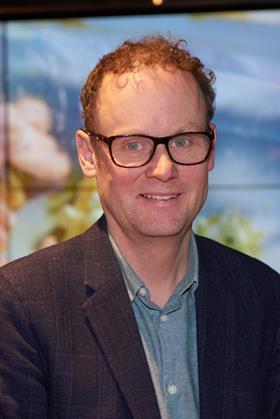 In 2021, 25 million people used the ITV Hub, and it delivered about 600 million streaming hours. “We are going to be supercharging streaming. ITVX will be an entirely new advertiser-funded free to watch service sitting alongside our long established free-to-watch, ad-funded linear schedules,” said Radcliffe. “It is going to completely replace ITV Hub.

“There is a subscription serve for those looking for a premium offering, and the good thing is it is now easy to move viewers between free and premium because it is one integrated service,” he added. “We are going to have 90% of the content subtitled and 20% audio described, and all our drama will be audio described. Signing is a priority for us in 2023.”

Addressable TV is a frontier that could easily fall into the cool and creepy catch-all. ITV’s controller of advanced advertising Jayesh Rajdev was the speaker in a ‘What comes next session’, and he believes that ITV is sitting pretty. 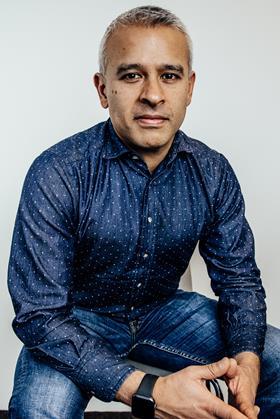 “We are one of the first broadcasters in Europe to make our inventory available to advertising media buyers via our self-service interface, offering a myriad of targeting options. The challenge for all of us in addressable is how do you maintain that growth. Sky AdSmart has done a lot of heavy lifting for us in terms of local advertisers coming into the addressable space,” he said. “What we are going to see is much more relevance.”

One of the hot new technical helpers is CFlight, a multi-broadcaster campaign measurement tool. “It launched onto buyer’s desktops last month, and early results are starting to look positive in terms of a demonstration of using addressable advertising over and above linear,” said Rajdev. “We can certainly track exposure volume.

“Under our Ad Labs banner we’ve got 24 different beta tests that we are working on with advertisers,” he added.

Berry Liu, director of advertising and partnerships with A+E Networks UK said: “Addressable revenue is growing significantly, at a double-digit rate of above 20% year on year.”

Melissa Blaha, head of data and analytics at Finecast, said that the company sits neither on the broadcaster or the supplier side. 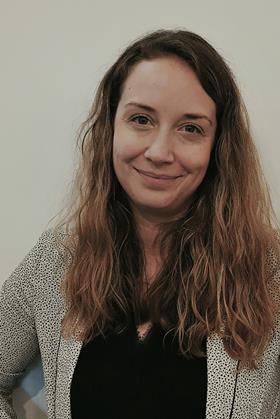 “We can offer clients an opportunity to buy into one kind of audience across multiple platforms, with one kind of reporting and one kind of measurement. The pandemic was a boon to the addressable TV sector,” said Blaha.

“The excitable thing about addressable TV is that you’ve got that big screen experience, you’ve got that professionally produced content, and then you can layer a kind of targeting on top. Advertisers have to know how to balance a one-to-many experience with a targeting opportunity,” she added.

Video and the Metaverse

In a session called Fast Forward to the Next Generation Viewing Experience, Eleanor Van Heyningen, the BBC’s head of digital partnerships, first put the PSB case.

“[PSB consists of] three out of five brands most used for media in the UK today. [BBC] iPlayer has just had its best quarter ever, with viewers streaming a record 1.83 billion times,” Van Heyningen said. “The popularity of broadcast TV is enduring and there are three stand out drivers.”

1. The broadcasting system is universal and resilient

2. The PSB landscape is characterised by high quality and accessibility

“Some 79% of TV households connect their sets to the Internet, and half of all households subscribe to Netflix. But there has not been a side-lining of broadcast content because we have innovated,” said Van Heyningen.

Focusing on new technologies, she picked three, starting with electric cars. “As dashboard screens get bigger and better and cars become connected with their own data source and 5G capabilities, we are going to see rapid moves around providing video by the car manufacturers. Tesla and Polestar are leading the way, taking advantage of the extra time people spend in their vehicles while they charge. 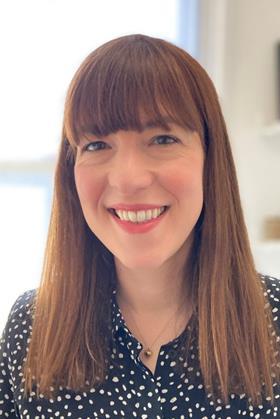 “My second idea is about the TV. In the next decade they will be making them bigger and more interactive, an entertainment and communications hub that does away with keyboards and remotes,” she added. “Thirdly, TV content will be an integral part of persistent virtual environments. It is hard to make predictions about the Metaverse, but it does strike me that as the adoption curves of the web and smart phones flatten out, we do need to ask ourselves what will be the next generation for TV content. People are beginning to believe video is a part of the Metaverse.”

As broadcasters contemplate this, they will wonder how they will reach their audiences in ten years in these new environments.

“There is a tsunami of challenges and risks that poses questions from the technical to the ethical, and to the legal. There is a danger that audiences will place less value in the originator of the content, which breaks the virtual circle that ensures value,” Van Heyningen warned.

For more insight into how content creators can produce and protect their content to secure future revenues, read Maintaining engagement in an era of infinite choice