With the launch of its Cloud MX Audio Mixer for cloud broadcast environments, Waves Audio is one of the latest to embrace the Network Device Interface (NDI) standard.

According to the company, its Cloud MX Audio Mixer not only delivers “pristine audio, high-precision mix control, and creative processing capabilities with full Waves plugin integration – all in a scalable, remotely operated, broadcast-ready cloud workflow.” But it can also integrate easily into NDI-based environments, with easy patching and routing of NDI audio for all ingress/egress streams. 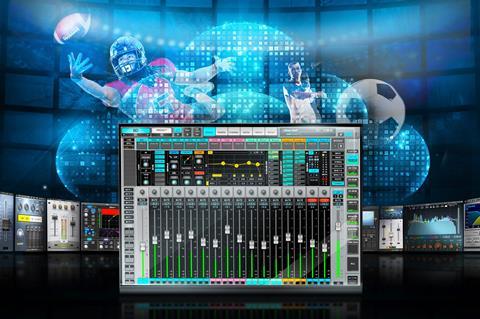 “The move to cloud-based broadcasting has accelerated rapidly over the past two years,” expains Waves. “Leading-edge broadcasting and media companies have been able to migrate many production tools to cloud environments. Though the deployment of video production technology moved quickly to software-driven workflows, until now, the true pro audio component has been lacking.

“Subsequently, as broadcast production workflows evolve from entire on-premises control rooms to remote integration (REMI), hybrid or completely cloud-based environments, there is a crucial and urgent need for efficient cloud-based audio mixing. Processing, mixing and routing the production audio directly in the cloud complete this new-generation workflow from source ingest to program distribution.”

The benefits of NDI

NDI is proving crucial in making this transition. The technology, developed by NewTek (now part of the Vizrt Group), is royalty-free and enables video and audio sources to be shared bi-directionally across IP networks in real-time.

The technology has gathered pace since its debut at IBC in 2015. NDI 5.0 introduced NDI Audio Direct, NDI Remote and NDI Bridge, which established support for sharing NDI sources across the internet. Alongside these features, NDI|HX3 gives the option to deliver low latency transmission with reduced bandwidth, allowing users to deliver broadcast quality video in any setting without the need to upgrade their equipment.

Used as an alternative to the SMPTE ST 2110 standard, NDI provides a cost-effective option for users to add IP routing to traditional SDI environments, streamlining the upgrade path and democratising production capabilities. A number of vendors have already launched products that embrace NDI and the number is growing.

An ecosystem of NDI-compliant products

Panasonic offers a range of PTZ integrated cameras with built-in NDI support, so they can be connected directly to a network and to other NDI-enabled products. Models include the AW-HN38, AW-HN40, AW-UN70, and AW-HN130.

The future of NDI 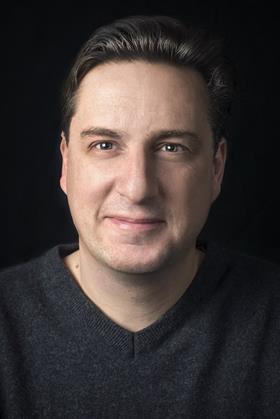 “I am eager to see how NDI develops in the future” - Dr. Andrew Cross, Founder of NDI and Grass Valley CEO

Founder of NDI and Grass Valley CEO, Dr Andrew Cross, adds; “I am eager to see how NDI develops in the future. IP video is going to become even more critical, not just in broadcast and production, but to many new markets we have yet to explore. I believe NDI is the best technology to drive such far-reaching change.”

Waves Audio agrees. “We adopted NDI technology, as it is a proven system for professional cloud production environments,” says Mick Olesh, Waves Managing Director and EVP of Sales. With its baked-in NDI support, broadcast and media production teams can add Cloud MX Audio Mixer directly into a public cloud workflow (in this case, on AWS). This makes it easy to scale productions with any number of audio mixers, and without the operational costs involved in shipping, maintaining, or scheduling on-premise gear and personnel.

“The ability to process, mix and route all audio streams in the cloud, and without converting protocols, simplifies the workflow so that production teams can now focus on delivering a superior sounding program feed to the audience,” Olesh adds.

Discover how NDI is being used today to facilitate live productions, with insight from users and tech suppliers. Watch the webinar: NDI - Adoption and implementation.