Broadcasters are turning to VOD platforms to compete with the growing number of OTTs. During IBC365’s latest webinar a panel of experts examined how broadcasters can build platforms with limited budgets. 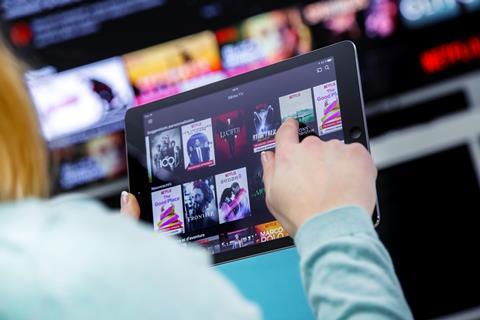 The battle for online video is intensifying, with the launch of several new competitors OTT services launching in recent months.

The launch of new services from media giants like Disney and WarnerMedia, along with new entrants such as Apple and Quibi, poses a significant challenge for established broadcasters, which are trying to retain wandering eyeballs whilst also launching competitor services.

Broadcaster VOD platforms such as the BBC’s iPlayer in the UK or Discovery’s newly-launched dplay – is a key part of many broadcasters’ digital strategy.

One approach that the industry has taken for BVOD platforms is collaboration – pooling resources with national rivals to strengthen their ability to compete with giants such as Netflix or Amazon.

Last year, British broadcasters the BBC and ITV partnered to bring BritBox – an OTT platform already live in the US – to the UK, offering content from both broadcasters as well as Channel 5.

In the Netherlands, an alliance between Dutch public broadcaster NPO and the two largest commercial tv networks; RTL and Talpa has resulted in the formation of NLZIET.

NLZIET managing director Niels Baas says the industry is going through a transition, but in the Netherlands, there was space for only a small number of VOD offerings, leading to the alliance that launched NLZIET to offer a local platform.

“We believe it is important to work together to get this position,” Baas explained during the webinar. “The best way for a local broadcaster to become one of these subscriptions is to bundle all of the local content into one service and get rid of all the middlemen that are between the content and the viewer.”

The model is an open alliance, with a central interface that sees subscription revenues divided back to the broadcasters based on viewing time, allowing for competition as well as collaboration.

NLZIET didn’t set up a central platform for VOD. Rather, it uses VOD playout from the broadcasters, centralising only live content.

Baas, however, says this twin-track strategy may not be sustainable: “In the long run, it would be best to put it in one service. But a public service broadcaster may not be happy with this idea because it is their official task from the government or state to offer a service.

“So there will probably always be different services in the market, but from a commercial point of view, I’d recommend going with one platform because it makes it easier for the consumer to know where they have to go to find all of the Dutch content.”

Hybrid models
The Canadian Broadcasting Corporation (CBC) has also launched a BVOD service called CBC Gem. It is an on-demand and live streaming OTT service which serves as a home for all of the broadcaster’s content.

CBC senior director OTT Video (CBC Gem), Roma Kojima says: “We tried to think of this as connected TV first because what we wanted to bring together was featuring content that we wanted to amplify such as live, while allowing spaces for call to actions in a way to marry both our mandate and highlight all the great content and experiences we’re building.”

Gem hosts over 4,500+ hours of content and 15 linear channels, with around 17.5 million live and on-demand streams ran per quarter. It operates on a hybrid SVOD/AVOD model, like CBC, which operates in a split funding model from ads and public funds.

She adds: “As a public broadcaster… we have to think about is how we can optimise this investment. Where do we surgically invest across product, marketing, customer service, content strategy? Which infrastructure do we use, and how much can be used leveraging broadcast? This is a service - what does that mean from a broadcast standpoint?

“We stuck to our guns about having a hybrid approach. We wanted to adhere to CBC’s public access mandate – that really defined how we designed the service model. Another was transactional transparency. It was important for us to explain the business model. Finally, we took a customer-first approach.”

Feedback loop
Applicaster, which sponsored the webinar, is one of the companies enabling VOD platforms by providing SaaS-based media application lifecycle management. Its partners include the likes of Fox, AT&T, Televisa and ProSiebenSat, with over 1500 apps launched in the market serving over 100 million engaged users.

“Launching gets increasingly complicated,” says Applicaster chief product officer Devra Prywes. “There’s a lot of maintenance to handle, whether it be changes to tech or to laws.

“This complexity grows across multiple apps and platforms. That’s why we created Zapp.”

Zapp helps media companies develop and manage direct-to-consumer apps across phones, tablets, and connected TV devices on any cloud. With open APIs, an extensive partner marketplace, and the ability to code custom components, Applicaster provides an open, plug-in architecture within which you can build and scale your multi-device media app strategy.

“An app plays a very important role as a feedback loop as it is a direct link to users and the insights and data you gain from them can inform your entire business,” she adds. “So set your goals for where your app needs to sit within your holistic business strategy.”

“You need to think about functionality, but then the real work begins. Building an audience is a very crucial step. To win that audience you need to put a very strong call to action in all your existing marketing that is taking place. Nurture that audience, and then you win the right to monetise that audience.”

Speaking on the aims of Applicaster, Prywes says: “Media companies are now tech companies. These are product tech companies. So we want you to be able to do things on your own terms, try new things, use iteration to find the right monetisation models and avoid vendor lock.

“This is what the future of app management looks like.”

Inflection point
Finally, Richard Davidson-Houston, who is founder and MD of Finally Found, talked through a new knowledge-sharing community designed specifically for leaders in BVOD, with members around the world.

Prior to founding Finally Found, Davison-Houston launched and ran All 4 for Channel 4 where he played the lead digital role for more than 10 years.

“Finally Found is about collaboration and cooperation,” he explains. “Because who learns wins – it’s all about trying to get people to learn more quickly what works by working together.”

Finally Found is already workings with TVNZ, SBS, TV2, and ITV, who have all signed up as founding partners of the collaborative network.

The industry, adds Davidson-Houston, is at “an inflection point” in which consumers are shifting from live content to on-demand video. That means in the last decade there has been a huge growth in the number of BVOD platforms.

“What we’re seeing is a hugely competitive on-demand sector with the likes of Netflix, and Amazon, and now Disney, already operating in this space. So broadcasters are realising that they not just need to be there but need to go there,” he adds.

“These disciplines are really vexing broadcasters across the world.”