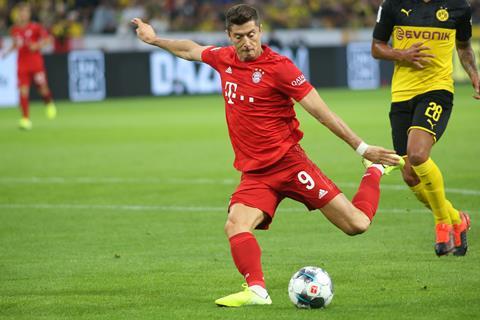 That is the key takeaway as DAZN chief subscription officer Ben King sits down to discuss DAZN’s latest plans with IBC365.

Those plans see Vodafone become DAZN’s first reseller partner in Germany, with the telecoms giant now able to offer customers full access to the DAZN app as well as two linear channels through its GigaTV entertainment platform. Subscribers will be able to pay for their DAZN subscription through their monthly Vodafone bill at a discounted price of €9.99 on a 12 month contract.

King explains: “We’ve been partnering with Vodafone now for a number of quarters and announced at the end of September that we’ll be bringing the design app to their flagship German platform Giga TV. But obviously they have a plethora of set top boxes in the market from the acquisitions of Kabel Deutschland and Unity Media over recent years.

“Today, DAZN is not available on the majority of Vodafone TVs across their footprints. By introducing this new partnership whereby Vodafone will become our first pay television reseller, they will be selling full DAZN subscriptions to their entire premium TV base.

“That means that every Vodafone household in Germany will be able to subscribe to DAZN and watch the big Bundesliga and Champions League games. We think that that is very innovative, a good hybrid mixture of latest technology and legacy technology, but also consumer centric and in the best interest of sports fans.”

It comes at a key moment for DAZN in the German market. Earlier this year, the sports OTT won the rights to show both 121 out of 138 UEFA Champions League games and 106 exclusive German Bundesliga games in the country from 2021.

So how did the partnership with Vodafone develop? King explains that DAZN’s app is already available on Sky Q in Germany, with the Pay TV operator believed to have around 4.8 million subscribers there, with around a third using Sky Q.

Deutsche Telekom also offers the DAZN app through its Magenta TV platform, as part of an agreement announced six weeks ago. Magenta TV is in around 3.7 million households, but around 2.7 million have an app-supporting service.

Vodafone, meanwhile, has a base of around 5.1 million premium TV households due to its acquisitions such as Kabel and Unity, making them one of the biggest providers by aggregation. DAZN was previously only available on a limited number of Vodafone’s TV services, making it one of the “biggest gaps to plug” according to King.

DAZN opted to go down the reseller route after seeing success in other markets where it has partnered with pay TV partners, such as Sky in Italy or J:COM in Japan, and Comcast in the US.

“We know that these partners have access to large customer bases that are used to paying for premium entertainment experiences,” explains King. “Often they know which of them are sports fans and which of them are not, so they can do a very targeted job of marketing our service to their customer base on our behalf.”

One of the biggest challenges, King adds, is to create a seamless sign up experience on a set top box. TV remotes aren’t designed for text, but most OTT sign-ups are designed for the web, so involve inputting name, email address, password, address and billing details, often creating an arduous experience for the user.

“If we can create seamless signup experiences, and seamless payment experiences, we think that creates a killer experience for customers,” adds King. “Now customers can say to Vodafone ‘I want to add this to my bill’ and they already know all of those details, meaning they can sign up with the absolute minimum friction and fuss.”

Linear thinking
One key development for DAZN is the addition of linear channels. I suggest the idea of an OTT switching to linear is unusual – normally it is linear channels that launch OTT services.

The two HD channels, DAZN1 and DAZN2, will each show approximately 16 hours of the best sports content every day, from top competitions including the UEFA Champions League, UEFA Europa League and Bundesliga. The full DAZN experience remains accessible only via the app, that will continue to offer all live and original content and features including alternative audio feeds, catch-up and highlights.

King explains that this helps DAZN reach the maximum possible footprint. “There are about a billion pay TV households out there in the world, and 90% of premium sports subscribers claim to be a pay television household. There has clearly been a big shift in the last five years of pay television and OTT beginning to collaborate with one another. Pay TV want to keep this super aggregator status in the minds of customers. They don’t want the smart television manufacturers and the streaming sticks and streaming box manufacturers and the games consoles companies to steal that sort of position.”

The challenge for services like DAZN, King adds, is delivering a uniform experience across a very fragmented set-top box market. “Some of these boxes have technology that is five or 10 years old, and don’t really support apps.”

According to DAZN’s research, around 15% of German sports fans would be willing to subscribe to a premium sports service but would be unwilling to do so if it was OTT only.

So is this a model that DAZN could see itself rolling out to other markets? King says not at the moment, but adds that the OTT provider is “here to serve sports fans, to reduce barriers to entry for sports, and to make it affordable and accessible” suggesting this could change depending on market forces. 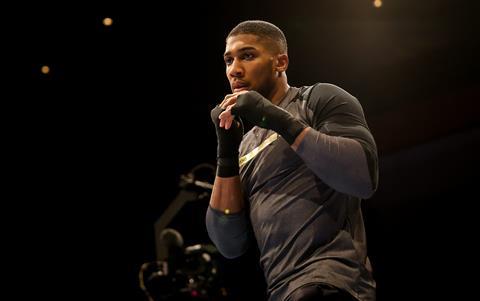 Returning to growth
Almost inevitably, the conversation switches to Covid. For a premium sports provider, 2020 has been challenging – coronavirus lockdowns meant there was limited sport for DAZN to offer, leading to a fall in subscriber numbers.

“We came into 2020 very bullish about the performance of our business,” King explains. “We posted some numbers at the beginning of the year, which said that we’d grown 99% year over year growth. Clearly, we were hoping to maintain that momentum this year, but effectively faced a worldwide blackout of all sports for three months.”

DAZN has not disclosed how many subscribers it lost during the global lockdown, but released guidance that it expected to recover to its pre-Covid numbers, which was around eight million according to CNBC, by the end of the year.

King refuses to be drawn on the numbers but says DAZN has benefitted from offering customers 30-day rolling contracts, meaning they were willing to use that flexibility once sport kicked off again.

“We’re optimistic that we are going into 2021 as a growing company again,” he adds. “We are laser focused on the opportunities that lie ahead of us. If anything, Covid in the long run, may present further opportunities to us. Some of the heat has been taken out of the rights markets, the sports rights holders have had to lower some of their monetization expectations.

“The pay television industry has also suffered during this time, and they have obviously typically been the largest owners of rights. With them suffering some churn and some ARPU downgrading that makes us slightly stronger and them slightly weaker, which may get reflected in future rights cycles.”

December will see further change for DAZN, as it launches its global platform, expanding to more than 200 countries on 1 December 2020. The platform will debut with back-to-back boxing matches, featuring the Garcia v Campbell on 5 December and World Heavyweight Champion Anthony Joshua against Kubrat Pulev the following weekend.

At launch, DAZN’s global platform will feature world championship boxing events, as well as an ever-growing archive of classic fights, athlete features and a slate of original programming including 40 DAYS, Saturday Fight Live and One Night. Additional sports and programming will be added beginning in 2021.

The DAZN app will be available globally on most internet-connected devices, including smartphones, tablets, laptops, PCs, and living room devices such as smart TVs, streaming sticks and game consoles.

“We think it creates some really interesting opportunities around the world,” says King. “We are already the owner of some global boxing and fight sports rights, which will now be able to monetize on a truly global basis, we now have a platform and eSports rights holder who has failed to sell any TV rights in any country of the world, to suddenly have a platform that they can monetize and take ideally on a revenue share basis.”

As DAZN approaches its fourth year, the company is also looking at ways of personalising experiences for its user base.

“We’ve learned a huge amount from the data that we’ve collected on 20 million plus subscribers to understand their existing behaviour and how they’re likely to behave in the future,” he adds. “That allows us to personalise their experiences and optimise how the product and our communications platform talks to those customers in a way that will minimise churn.

“We have some good ideas on how we will be able to drive up engagement and reduce churn, and a key part of that will be producing a series of non-live content experiences. We’ve experimented in the last year creating original documentaries and creating supplementary shoulder programming for our live sports customers. And we will be doubling down on those investments over the coming year.”