Journeying into the cloud

In the first of a two-part series on cloud adoption, IBC365 looks at how vendors of varying size and age such as Scality, Signiant, Deluxe, M2A Media and Meta have rolled out cloud solutions for the industry.

During a gold rush, it’s a good time to sell shovels, goes the famous piece of business advice. 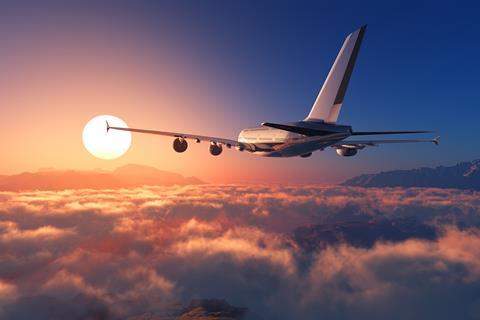 Gold rush: Journeying into the cloud

Some 170 years after suppliers made a fortune during the California Gold Rush, the same advice could apply to this golden age of production. But in place of shovels, think the cloud.

The industry has been awash with cloud-based launches in recent years, which have transformed workflows and provided revolutionary gains in speed, flexibility, and creativity.

It has also proved to be a good business to be in for quick thinking, entrepreneurial companies. The revenues for Amazon Web Services, for example, stood at $25.7 billion in 2018, a 47% jump on the 2017 year.

Cloud-focused technology companies serving the sports, news, film and entertainment markets have proliferated as a result, and many of them were showcasing their wares at last month’s NAB – offering solutions from cloud-based storage, file transfer, content management and delivery, live streaming through to metadata processing.

Here IBC365 profiles five companies that have embraced the cloud in recent years.

Scality: Storage and data workflows
San Francisco-based Scality, which was founded in 2010, bills itself as a software company that solves petabyte-scale storage and data management problems – and now uses the cloud to help them do so. Its customers include Bloomberg Media and Deluxe in the US and Europe, ComHem in Sweden, Dailymotion and Molotov.tv in France, MediaHub in Australia and DMM.com in Japan.

Wally MacDermid, VP of cloud business development at Scality, notes that the internet, mobile devices, public cloud, and social media have transformed the way media companies now create, distribute, and monetise content for a global and on-demand customer base.

To address these challenges, companies are combining on-premises infrastructure with cloud services for their data workflows.

“Building on the use of cloud storage as a long-term archive, media companies are now reaping additional value from cloud services that enable active workflows such as encoding, transcoding, indexing, content distribution, team collaboration, and more,” says MacDermid.

Which is where Scality comes in. Scality Zenko provides hybrid and multi-cloud data management that media and entertainment companies can use across pre-production, production, and post workflows.

Like Scality, Signiant’s success has come in two waves. The first began in the mid-2000s as the media industry transitioned to file-based workflows and Signiant’s on-premises large file transfer technology was adopted by many large media companies.

The second wave is still unfolding, says Signiant CEO Margaret Craig, and coincided with the cloud revolution and Signiant’s development of SaaS (Software as a Service) solutions. Signiant was an early pioneer of cloud-native SaaS solutions for high-speed large file transfers, releasing Media Shuttle in 2012, which gave small post houses through to global media conglomerates the ability to transfer any size file, anywhere in the world.

“Our SaaS business grew by 46% in 2018 so being early in this area has really paid off.” Margaret Craig, Signiant

Craig says: “The solution saw a steady adoption for the first few years. Then, in 2018, it hit hypergrowth when it was adopted by many of the world’s largest media companies, who early on were less open to cloud and SaaS, an attitude that has dramatically changed over the last 18-24 months. Now, Media Shuttle has over 400,000 global users from more than 25,000 companies in 200 plus countries and territories around the world.” 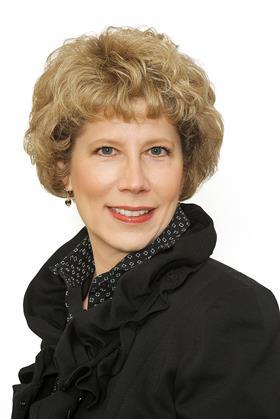 Signiant has released two SaaS products since then: Flight in 2014 and Jet this year.

Craig says that Signiant’s embrace of cloud technology development has transformed its business, by allowing companies of all sizes to make use of technology that was once only available to large enterprises. “Our SaaS business grew by 46% in 2018 so being early in this area has really paid off,” says Craig.

She says that, as an independent company, Signiant is committed to storage independence, supporting on-premises file and object storage, public cloud storage from vendors including Amazon and Microsoft, as well as hybrid storage solutions. “While our multi-tenant control-plane is currently built and deployed on AWS, our commitment to storage independence requires that we work closely with all leading cloud providers including AWS, Azure and Google Cloud.”

Deluxe One: Content platform
Similarly, Deluxe has embraced the cloud in recent years. The company was founded in 1915 as one of the first film labs in Hollywood. Over the past 100 years, the company has grown, both organically and through acquisition, to round out the services it offers to encompass creative work like colouring and VFX through to theatrical digital cinema distribution, localisation, global content management, fulfilment and OTT.

Its latest offering is the cloud-based platform, Deluxe One, which was launched internationally at IBC last year, and is part of a strategy to position Deluxe as a product and technology driven business.

Deluxe One provides a single platform for customers to manage their content all in one place. Customers can choose the services they need - from content acquisition and title and asset management, to localisation, distribution, and OTT playout – unifying a traditionally fragmented media supply chain and giving visibility to workflows. 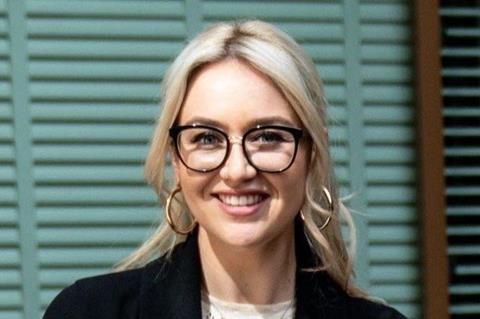 Hannah Barnhardt, director of product strategy at Deluxe Entertainment Services Group says Deluxe One is all about “offering the flexibility and cost efficiencies of a modular self-serve platform to creators and distributors.” As such, the platform lets customers “plug and play” into specific services based on their business needs.

The Deluxe One platform is built on the Amazon Web Services solution stack. Barnhardt says: “Building the platform on a cloud native stack vs. on-premise infrastructure provides the ability to offer a full end-to-end solution while seamlessly facilitating workflows of all types across multiple vendors in a cost-efficient manner through our open APIs.”

M2A Media: Streaming solutions
One hundred years younger than Deluxe, M2A Media was founded in 2015 by a group of senior software engineers with experience of working in British broadcasting. They saw the need for flexible tools that would allow broadcasters to manage and publish their media easily and cost-effectively - via cloud computing.

M2A Media now provides cloud based live streaming solutions to broadcasters and OTT services. Some customers like DAZN use M2A Live Streaming to stream thousands of hours of live events each month, others like ITV and Channel 4 use M2A Live Capture to create catch-up versions of live programmes within minutes by managing a live archive in the cloud.

“We have taken advantage of many of the services offered on the AWS Cloud platform…However, M2A aims to offer cloud agnostic video services in the near future.” Marina Kalkanis, M2A Media

The company largely uses AWS Cloud as its key backbone. “We started processing live media in public cloud when the other cloud vendors were some way off from catching up to AWS. Things are different now; we are becoming more cloud agnostic and our clients are pushing for our products to run in other cloud platforms,” says Kalkanis. 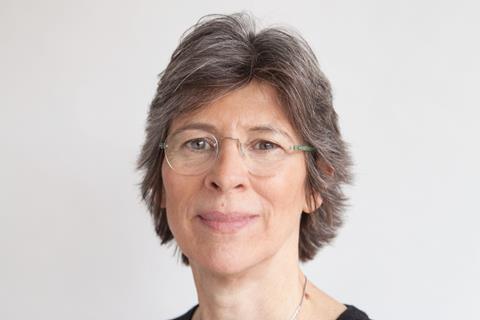 “We have taken advantage of many of the services offered on the AWS Cloud platform. The benefit is we spend less effort on system administration and more time on building features our clients value. However, M2A aims to offer cloud agnostic video services in the near future.”

With OTT services proliferating, M2A is – like other cloud players - looking to ride the golden age of content and broadcast technology innovation. It plans to develop its Live Streaming and Live Capture solutions, with a focus on its SSAI capability, dynamic content insertion, and its integration with ad management systems. Says Kalkanis: “We are also adding regionalisation of live streams. For example, in addition to multi-track audio and multi-language subtitles, we are adding features to splice regionalised content into a live stream and serve a tailored stream to each region.”

“Demand for 4K is also increasing and our team of video experts is working with our partners to develop a fully cloud native solution.” 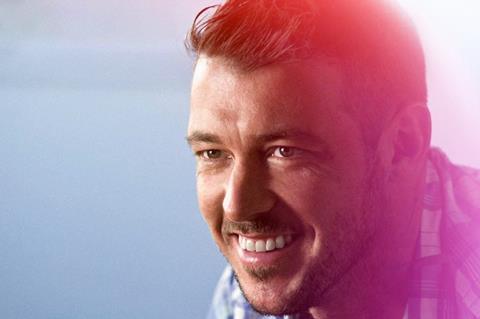 “Content metadata had previously been quite a slim requirement, and so most companies developed in house systems or even used spreadsheets to handle it. Over the last 15 years, this slim requirement has exploded in complexity, leaving bespoke systems bloated beyond what they were designed for, and struggling to handle today’s data,” says Tucker. “When you factor in the requirements of handling AI generated metadata (hundreds of thousands of keywords with timestamps and confidence ratings - for example) then a new approach was required.”

“Over the last five years, we’ve really seen the completion of the entire video supply chain’s migration to the cloud.” Robin Tucker, Meta

So Meta was born, a cloud platform for studios and broadcasters that enables them to store editorial, technical, rights, identification and AI/ML generated metadata against movies, TV shows, documentaries and more. Its customers include WarnerMedia’s international business. 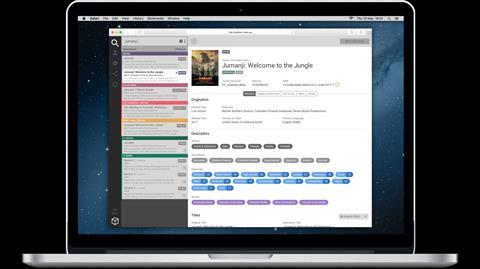 From the start, basing Meta in the cloud was key. “Over the last five years, we’ve really seen the completion of the entire video supply chain’s migration to the cloud. However, we still see a lot of companies integrating these services with older integration layers, which seemed crazy. The only logical place for Meta to live was in the cloud, connecting all these different pieces together, and aggregating the metadata in a location that was instant to access.”

Meta is based on AWS, which Tucker says has been incredibly supportive along the way. “We got into the Activate scheme early on, AWS’s scheme for innovative Start Ups, and this gave us access to their top solution architects, which was invaluable as the design stage. We were also recently selected to be on their partner stand at NAB, again, more amazing support that has opened up lots of new opportunities.”