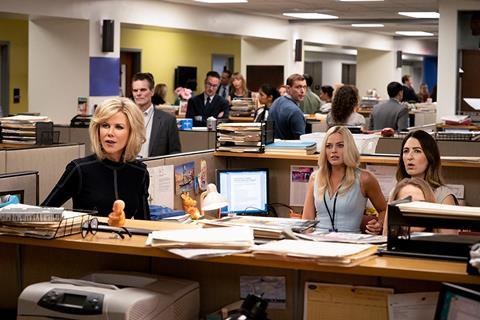 Premium international streaming service Starzplay has entered a theatrical output deal with Lionsgate for a split first pay streaming rights in the UK.

Under the multi-year agreement, Starzplay subscribers in the UK will be able to access Lionsgate first-run movies including Lionsgate’s feature film slate which grossed nearly $1.3 billion at the global box office in 2019.

Lionsgate president of worldwide television and digital distribution Jim Packer said: “One of our top priorities is to supply STARZPLAY with a deep roster of exciting Lionsgate content that complements their original programming and 3rd party acquisitions as they continue to launch their service around the world.

“This agreement reflects a thoughtful and flexible approach to our windowing strategies while building value through the continued combination of our IP creation and platform distribution capabilities.”

Starzplay, launched in 2018, has already expanded its premium streaming platform into 49 countries.

It gives subscribers the opportunity to watch a highly curated portfolio of Starz premium content, films and television series from Lionsgate’s 17,000-title library, and an exciting line-up of third-party acquisitions, with future STARZ Originals airing exclusively on Starzplay day-and-date with the US.

“Offering consumers great content is key to growing our subscriber base as we continue our international rollout, and this partnership only scratches the surface of what Lionsgate and Starz can achieve together.”