Achieving scale and data security with SSAI will be high on the agenda for leading broadcasters, writes Yospace Founder & CTO David Springall.

I’m constantly amazed at how quickly the world of ad-tech evolves and this is especially apparent if I look back over Yospace’s experience at the last few IBC shows.

What was striking at last year’s IBC was just how few meetings needed the use of a demo. This contrasts greatly to [the situation] a few years ago, and I put this down to server-side ad insertion (SSAI) becoming a much better understood technology. 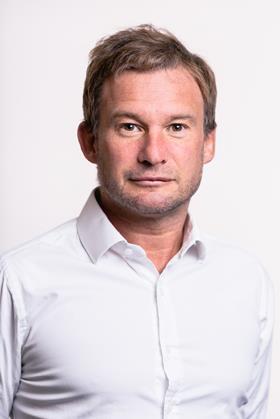 The IBC Show has played a key part in this process, especially by the fact that the first real industry recognition for SSAI came at the IBC Innovation Awards in 2012, where a Yospace proof of concept with ITV earned a runner-up prize.

Fast forward seven years and nobody questions what SSAI is and whether it works anymore. A fast-growing list of tier-1 broadcasters using the technology has helped, of course, but it’s also in the stability demonstrated by such a large proportion of customers working with us over the long-term.

Much more common than a demo at shows now is the use of a pen and pad to draw out customer-specific workflow diagrams, and it’s in these types of conversations that things get really interesting.

Like many modern tech providers, Yospace’s product map is largely defined by our customers’ current and future challenges, so our job is to be ahead of the curve to understand what’s next in our industry. The technology and the teams that develop our products are agile enough to work in this way and we always have an innovative project on the go that pushes the boundaries of what SSAI can deliver as a result.

Many of our clients’ projects over the past few years have come from exactly this type of scenario, including our work with Medialaan to reduce ad load in a live stream (which won an Innovation Award in 2018). We’ve also developed our prefetch technology to address use-cases in response to requirements of leading broadcaster customers, which has meant we’ve created a system that delivers programmatic to large event audiences.

Achieving scale is the biggest topic we’re being asked about at the moment and I expect lots of related discussions around it at IBC. Other themes that are cropping up a lot include:

These are areas that I anticipate will be high on people’s agendas throughout the rest of 2019 and we look forward to speaking to people further about these topics at IBC.

YospaceYospace is a digital video distribution company. Its technology allows live and on-demand video content to be taken to connected devices such as smartphones, feature phones, tablets and to web browsers with user-targeted ad insertion.