3
Behind the Scenes: Apollo 11 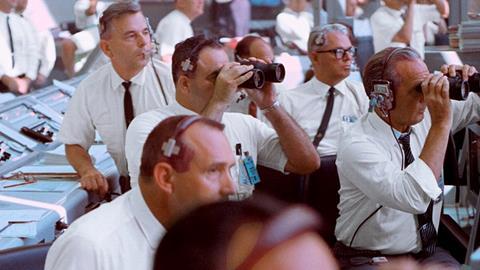 Behind the Scenes: Apollo 11

A new documentary film about the Apollo 11 Moon Landing features previously unseen 70mm footage that helps provide a whole new take on the mission and its legacy as it nears its 50th Anniversary. 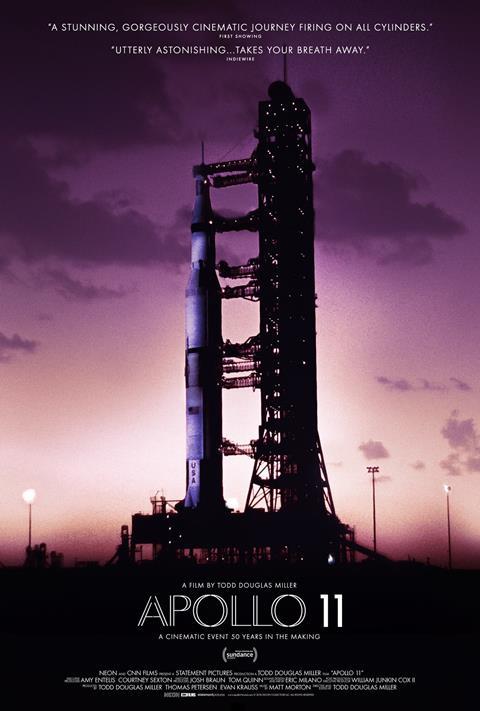 Half a century ago, on July 20th, Neil Armstrong and Buzz Aldrin became the first two human beings to walk on the moon. Only another 10 have done so since, and we’ve not been back in person for nearly 47 years; a fact which rather puts the achievement in its proper context.

Todd Douglas Miller’s astounding documentary, simply titled Apollo 11, gives some sense why, capturing perfectly the period when the most powerful nation on Earth at the time decided to sink a significant amount of its national resources into the project.

The film debuted at Sundance in January and, having had a limited release across the US in March, is finally slowly getting an international one as the 50th anniversary looms. And the thing that makes the 93-minute documentary so powerful is the forgotten and lovingly restored footage that documents not only NASA at the moment of its greatest technological triumph, but examines the reactions of the pastel-clad, overwhelmingly clean-cut crowds that watched it all unfurl.

“We met Todd when we did the colour grade on his previous feature documentary Dinosaur 13 in 2013,” comments Sandy Patch, CTO at leading New York post house Final Frame. “Since then we also worked on his short documentary The Last Steps, which followed the last mission to the Moon. Todd reached out to us shortly thereafter and mentioned the possibility of getting access to some never-before-seen large format film and we started devising a plan to make this dream into a reality.”

That footage amounted to a massive 165 reels of 65mm Panavision footage which had been printed out on the Todd-AO 70mm format. This made it something of a curiosity, not to mention a challenge to Final Frame; only around 20 films were ever shot in Todd-AO (though that list includes several landmark productions, including Cleopatra and The Sound of Music) and NASA only seems to have been shooting it in 1969 largely by accident rather than design. Inevitably, there were no projectors left lying around to see what the footage looked like.

“The obstacles on this project were numerous and each of them unique,” says Patch. “First and foremost was just getting access to the film from the National Archives. Given the unprecedented opportunity to work with the 65mm collection, we wanted to make sure that we could make the definitive scans that could be used for decades. We needed a scanner that didn’t exist…”

Not to be daunted the team set about developing just such a machine.

“We developed a custom 16K scanner for the large format film collection and scanned most of it at 8K,” says Patch. “The perfs for this format are actually closer to the edge of the film than standard 70mm print film, so we had to custom machine parts for the prototype scanner and update the software just to scan this material. On the data management side, we scanned close to a petabyte of data and had to retain that on high speed storage for the duration of the project.”

In total, Patch estimates that Final Frame scanned 40 hours of footage for the documentary; a mix of 70mm 10perf, 65mm, 35mm, and 16mm. Dailies were created from the Todd-AO footage for the edit at 4K.

Contextualising the contemporary
The shoot of the launch was directed by Theo Kamecke, who instructed his cameramen to concentrate on the people watching the launch rather than the lift-off itself. And it is these reaction shots that help contextualise the achievement of Apollo 11 over the course of the documentary. 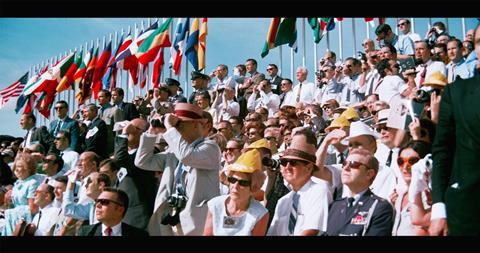 Director Theo Kamecke: “Concentrate on the people watching the launch, not the lift-off itself.”

One of the key moments for the production was finally seeing the footage and realising what they had on their hands.

“It was simply breathtaking,” says Patch. “And that isn’t just because we were so relieved to see our custom scanner working! Seeing the 65mm for the first time was like stepping into a time machine. The footage was shot beautifully, and the resolution and fidelity of the images felt contemporary.”

That said, there was still a fair amount of restoration work to undertake on the footage, as befits film that has sat in canisters for close to 50 years.

“In addition to the scanning we also did the restoration, conform, colour grade, and deliverables for the finished film,” says Patch. “Restoration was (and always is) a slow process, and there was a substantial amount to do. From grain management, dust busting, scratch repair, flicker reduction, flares, and so on, the film took weeks of restoration. The color grade more than anything was fun, given the high-quality material and wide latitude of 65mm negative scans.”

Grading was undertaken on the Nucoda Film Master. And, given that much of the distribution was digital, apart from the analogue source of the material the entire pipeline was digital

For those that were lucky enough to see the Saturn V lift Apollo 11 and its crew into the Florida sky on that July morning in all its thunder and its glory, the experience stayed with them forever. The film does a fantastic job of capturing that same sense of awe about the event, and indeed that feeling of wonder was mirrored in the screening room as the film’s crew saw the images burst into life on the screen for the first time in close to five decades.

“As funny as it sounds, I think it was one of those milestones in life for all of us that we will always remember,” says Patch. “And knowing that the work that we were doing would be shared with the world through the National Archives for years to come was deeply gratifying.”

Apollo 11 also features the fruits of some impressive audio detective work. Upwards of 10,000 hours of audio was recorded on two 30-track tape recorders during the Apollo 11 mission, capturing not only the flight director’s commands but also all the back-channel communications between the various NASA teams involved. These have been cleaned up and laboriously matched to the 16mm footage shot silently within the control room as the mission unfolded, often by enthusiasts that search for clues such as the glimpse of a clock face to work our exactly when over the course of Apollo 11’s active 8 days a scene was filmed. 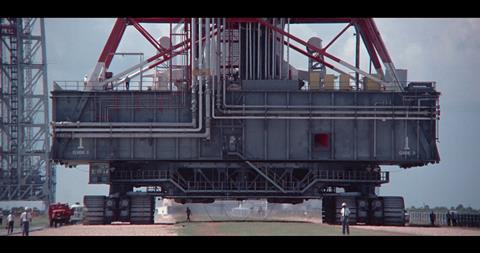 It’s worth remembering that next year the Apollo 11 landings will mark the halfway point between 2020 and the end of the First World War. For all the cultural touchstones of Woodstock, JFK, Charles Manson, and Vietnam, this really is a glimpse into a forgotten country.

“Our hope is that Apollo 11 serves an example of what can be done with modern technology and restoration,” says Patch. “It’s a prime example of the opportunity behind every film archive and any type of film. We are especially excited to continue to work with 65mm and IMAX and hope that this project shows the benefits of high-resolution scanning. There are treasures unknown sitting in cans in archives across the world and we hope that this film and the process that we’ve done will serve as inspiration to others. And, of course, we’re here to help…”