365 playlist: How hacking, espionage and ransomware is impacting film and TV

Among the challenges broadcasters and platform owners face today is restreaming, credential sharing, ransomware and hacking of content and data. IBC365 rounds up insight and tips from experts on cyber security. 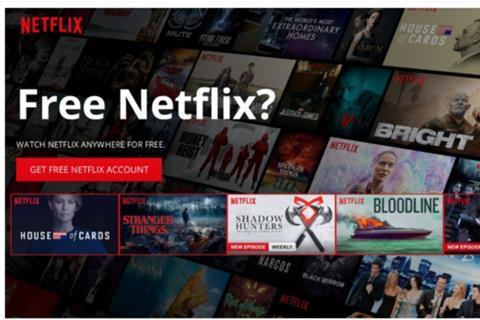 The rise in streaming has led hackers to develop a whole range of scam websites pretending to offer Disney+, Netflix and US-based streaming service Hulu for free.

More than 700 fake websites mimicking Netflix and Disney+ signup pages have been created seeking to harvest personal information from consumers during the coronavirus lockdown streaming boom according to cybersecurity firm Mimecast, which reported the growth in websites impersonating the new streaming service.

Mimecast head of e-crime Carl Wearn said: “The Covid-19 pandemic and its resulting lockdown has left people with a lot more time on their hands at home. One way that British people are filling this time is with streaming services.

“This binge-watching comes with security risks, as cybercriminals look to take advantage of the uptick in television viewing. We have seen a dramatic rise in suspicious domains impersonating a variety of streaming giants for nefarious purposes. These spoof websites often lure unsuspecting members of the public in with an offer of free subscriptions to steal valuable data.

The data harvested includes names, addresses and other personal information, as well as stealing credit-card details for financial gain, the firm warned.

Wearn added: “My advice to the public is simple: if something looks too good to be true, then it probably is. Offers of free subscriptions are usually well-advertised and easy to find, so check the validity of any such claim before providing any information.”

The media, entertainment and technology industry has been the target of some high profile cyber breaches from a variety of attackers with Netflix, WPP, Yahoo, TV5Monde and Sony Pictures Entertainment among those targeted.

Throughout the first few weeks of lockdown, broadcasters and streaming services reported surges in audiences tuning in with a report from Nielsen forecasting streaming to rise 60% because of coronavirus and three-fourths of consumers having added additional streaming subscriptions.

At the end of last year, overall access to pirated content in Europe dropped more than 15% according to a report by European Union Intellectual Property Office.

However, with isolation creating significant free time for users, and, streaming hours increasing, securing assets is ever more important for the media and entertainment sector.

IBC365 rounds up its latest cyber security features from hacking experts, ways to keep content safe in the era of IP and a spotlight on why productions should focus on security.

1. Experts call on PSBs to push the cyber security agenda

Public service broadcasters (PSBs) must secure assets to safeguard for the future as they increasingly have become targeted by malicious cybercrime as the adoption of cloud-based workflows rise.

IBC365 spoke with experts from Channel 4, Connect Devices co-founders, France TV, the DPP and the Alliance for Creativity and Entertainment (ACE) on ways to protect content, procedures and protocols with an industry wide movement to audit and mitigate cyber breaches.

Internet-based attacks such as Distributed Denial of Service (DDoS) have been a threat in other industries for years, but are now bringing a new level of risk for broadcasters. Jandu said: “The new world of live IP TV, where much of the world’s media is consumed, means that any attack on availability could result in subscriber retention issues, hit ad revenue, and reduce the chances of future successful bids for rights. There aren’t second chances on live TV.”

De Ceukelaire is head of hackers at Intigriti, which is a crowdsourced security platform where hackers, researchers and companies can meet to explore bug bounty platforms and ethical hacking with the common aim to identify and tackle vulnerabilities online in a cost-efficient manner.

Looking at the ways in which user data is stored, content platforms use algorithms to curate content recommendations, and it is a broadcaster’s responsibility to harness the public’s privacy. This means the need for PSBs to work with ethical hackers is critical.

“There will always be ways to steal content and piracy breaches across the film and television industry, but it is more important for broadcasters to look for alternative piracy solutions because they will not go away any time soon,” he said.

As fast as technology has helped to bring the action of sports closer to fans it has also led to a boom in the presence of piracy as a threat to rights holders and broadcasters.

There is no such thing as exclusive rights because everything can be found within minutes, online for free. As a broadcaster that is very challenging, across all markets we are competing against a free product,” he said.

“If you want people to part with money your offering needs to be far superior.”

The nature of live sports piracy is a challenge for both broadcasters and rights holders.

Canal+ Group global content protection partnerships Vincent Helluy said: “We have to be fast when we are fighting piracy for sport.”

5. Why productions should focus on security

Security is a key concern for the media industry but security needs to be integrated into production cycles from the start, according to HBO’s Marc Zorn.