Established camera manufacturers were keen to show their virtual reality (VR) credentials at NAB, with Sony, Panasonic and Blackmagic Design among the firms to showcase tools for acquiring content.

Questions remain about the place of VR and 360-degree content in the broadcast and media landscape but manufacturers and vendors are continuing to release tools for capturing and crafting immersive content.

Panasonic presented the camera’s image quality with what it claimed was a high level of operability.

The system matches natural images to a generated environment through automatically controlling the exposure and white balance without the use of a computer.

Sony shared at NAB its new compact UMC-S3C camera that records 4K video. What differentiates this camera from many of its competitors is its ISO of up to 409600, giving it the ability to capture footage in almost pitch-black conditions. The compact camera, which could be attached to a drone or used where space is at a premium, was on show at NAB in a Radiant Images rig.

Canon also partnered with rig manufacturer Radiant Images to produce a nine camera set-up for its C300 Mark II with a 12K resolution ideal for its application in VR. 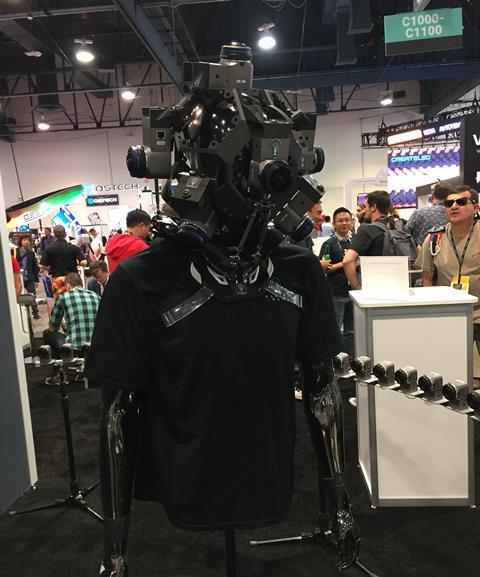 NAB was the platform for Yi Halo to jump into the world of VR. Created by Chinese technology company Yi Technology whose rig is designed with Google’s Jump camera “to simplify VR video production at every step from capture to playback”.

Likewise, Insta360 launched its latest camera which accomodates an SD card and houses an internal processor for real-time 3D stitching with 8K video. The camera specs are akin to those of the Nokia Ozo and it features four microphones. 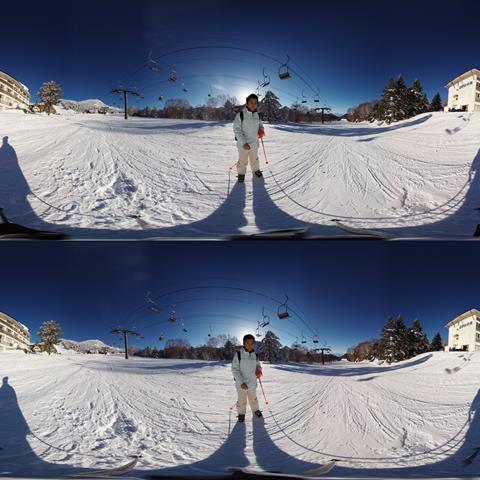 Jaunt also announced at NAB its One camera will be directly available to consumers. Jaunt One features support for 120 frames per second capture, real-time video feed, and white balance correction.

Nokia announced it will be adding Comprimato’s JPEG2000 software codex to its Ozo VR camera, which was used to demonstrate 4K stereoscopic VR 360 live streaming at NAB. The camera has 8 2K sensors that compress and feed shots into a single stream, ideal for prompt post-production. 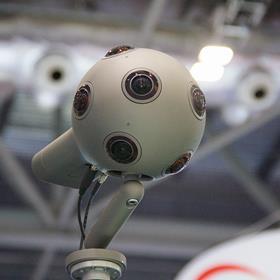 SGO showcased its collaboration with Mistika VR and Mistika Insight on a native workflow concept. The workflow solution enables “easy and affordable access to specific solutions for seamless VR integration”.

Timecode Systems teamed up with GoPro’s Kolor team to assist the implementation of a new timecode sync feature into its Autopano Video Pro stitching software. Combining their technology areas, the two companies have developed a VR workflow solution that has been designed to deliver the efficiency benefits of professional standard timecode synchronisation to VR and 360-degree filming.

NAB this year saw a number of creative VR productions that have joined the vendors in the world of VR. 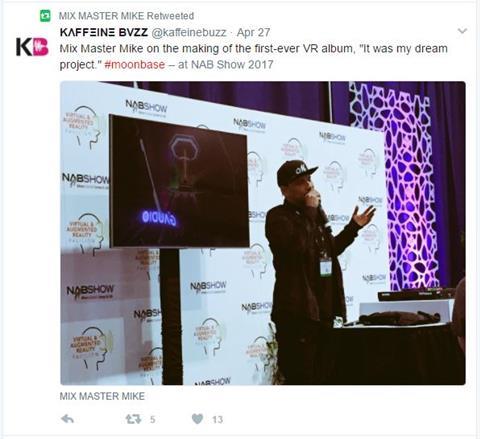 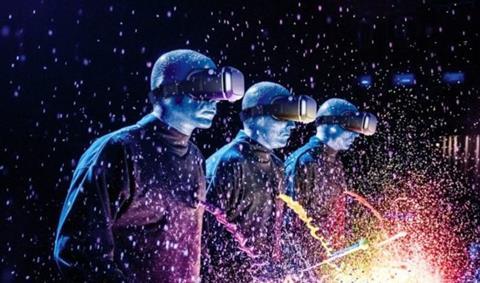 Launching in January this year, the Virtual Reality Industry Forum (VRIF) held an open meeting at NAB 2017 sharing its achievements to date as well as their future plans.

VRIF, comprises of a number of participating companies and organisations from a broad range of sectors within the industry. The Forum advocates standards around industry for the creation of an interoperable, end-to-end ecosystem for high-quality audio-visual VR services.

At NAB, the Forum presented the progressing work and its various Working Groups. VRIF President Rob Koenen said: “Our aim is to come together to speed up the adoption of VR content consumption and services by ensuring a good consumer experience.

”VRIF has an end-to-end perspective – from the production through to playback on consumer devices. Our multifaceted industry guidelines will cover the VR production, delivery and consumption chain, helping ensure best practices are used and interoperability is maintained.”

These industry guidelines aim to avoid fragmentation of VR caused by closed systems and proprietary solutions. The Forum expects to publish the first guidelines later this year.