Sports broadcasting and the gambling boom

Changes to laws related to gambling -particularly in the US - have led to a boom in activity among broadcasters, bookmakers, rights holders and data firms

Every second of every minute of every day someone somewhere in the world is betting on a live, televised sporting event, ranging from baseball and boxing to snooker and skiing. At a time of year when the world’s major pro sports are in the spotlight - particularly European football leagues, NFL football and the climax of the MLB baseball season - the number of bettors and the amount of money being gambled is growing exponentially in an industry valued at north of $200 billion. 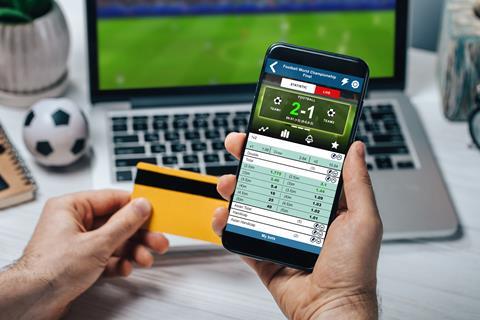 Brands like FanDuel and DraftKings in the US have emerged from the world of fantasy sports to become massive players in sports gambling, while more traditional betting names from the UK such as William Hill, Coral and Ladbrokes fight to keep a chunk of this thriving market. Plus, there are influential data companies at the heart of the business because they deliver the bedrock information that all modern-day bettors require.

Laws have relaxed about sports betting in the US and partnerships have emerged between the betting companies, so that everyone from the NFL and MLB to the major broadcast networks are operating head-spinning amounts of activity right now to target the gamblers. The same is true around the world, including the UK where a betting shop and general gambling culture - unchanged for decades – is adapting fast.

New products, new advertising campaigns and new offerings for bettors are constantly being launched or tested in an industry that is recognising global opportunities. Analysts believe the US is a key battleground because it’s a nascent market in sports betting terms, but an advanced market in terms of general tech adoption. A good example of activity in the US is the new Caesars Sportsbook app launched in August after an estimated $4 billion purchase of UK-based William Hill in the spring.

A multi-million-dollar advertising and marketing campaign came after Caesars dropped the William Hill brand in the States and secured official sports betting partner status with the NFL (along with FanDuel and Draft Kings) and other rights holders. Caesars plans to sell many of the UK retail betting shops in the coming months, an indication of how bettors are turning towards digital media and mobile devices. 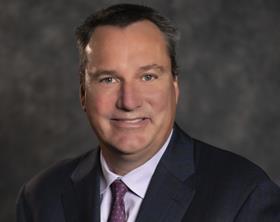 Further investment in upgraded products is a certainty, according to Caesar Entertainment CEO Tom Reeg: “You should expect us to spend over $1 billion in the next two and a half years to build our customer base. I can’t give you a more precise number because a lot of the acquisition spend is success-based.”

Caesars is now battling head-on in the US with FanDuel, Draft Kings and BetMGM for both market share and lower customer acquisition costs. Currently FanDuel is top in terms of market share with 35% of non-Nevada sports betting (which equates to over 12 million registered users); Draft Kings has 25%; BetMGM comes in at around 12%; and Caesars is hoping to improve from 4-5%.

Another key issue for all companies in the sports betting space is innovation, something that will continue to drive the industry to even greater numbers of customers and spend.

Chicago-based data and analytics company Stats Perform launched its first direct to consumer site called The Analyst this spring to allow the company to show off its level of sports information and knowledge of fan engagement. Nancy Hensley, Chief Product and Marketing Officer, says The Analyst also gives Stats Perform a chance to test out some of the advanced work in AI with a consumer audience.

“For example, we had recently launched our Live Season Simulator Model which predicted the outcome of UEFA Euro 2020 and was updating live with every goal and twist and turn of events. The engagement was massive, Euro 2020 content drove 48% of the usage on the site during the tournament.”

“The eventual next step is likely the convergence of the bet-placing and viewing experiences,” Dan Pozner, NBC Sports

Hensley says the site grew in a very short time to over 1.4 million users, which was helped by references on major UK broadcasters like Sky Sports and the BBC. “The big advantage for our clients comes in a few ways,” she says. “We can now tell them what works for fan engagement because we have the data and they can see our capabilities live in the form of an experience rather than a PowerPoint.”

Sports broadcasters are not being left behind in the race for the eyeballs of the gambling fraternity. ESPN last month announced it was seeking to license its brand to sports betting companies with a price tag of at least $3 billion over the next several years.

Talks are being held with the major sports betting brands and it could mean the partner company using ESPN’s name for branding purposes and even a new sportsbook under the TV channel’s name.

All the leading US sports leagues and broadcasters are also trying to work out the most effective strategy for partnerships. In July, Major League Baseball began to operate live streaming of games on the DraftKings app Bet & Watch to give fans one free, live game per week, while the National Hockey League and National Basketball Association have agreements with other sports betting companies for live broadcast offerings.NBC Sports Director of Gambling Content Dan Pozner says that his key future focus is the development of betting-centric alt-telecasts of live sports catering to those fans who want to watch a game and have the complete TV presentation with their same betting perspective plus graphics and commentary. 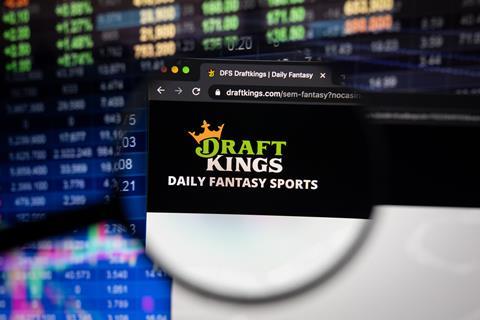 “NBC Sports Philadelphia first piloted NBC Sports BetCast two years ago for select 76ers games, and we’ve since carried the concept over to golf for the Waste Management Phoenix Open BetCast on Peacock in February,” he says. “The eventual next step is likely the convergence of the bet-placing and viewing experiences.”

In addition, more complex on-screen graphics and services are likely from sports streaming specialists such as DAZN, which began to work with BetMGM late last year, but the one option that still seems out of reach is betting directly through the television.

Instead, Cockerill sees omnichannel as an opportunity. “Omnichannel can build genuinely complementary and engaging second screen experiences. What operators [and media companies with tight links to betting] need to do is create experiences where there is a seamless and complementary experience created by using your phone/tablet and the TV at the same time to do a mix and match of betting and watching [and potentially interacting with others].”

Cockerill believes operators should realise that the screen real estate of a mobile inherently limits opportunities to 10 or 15 markets on a single screen, whereas a TV might be able to hold 50 markets, plus a promotions area, an area for stats and insights, plus a live stream.

He adds: “But the experience has to be easy and it has to be more engaging than simply using different apps on your phone. That is, it has to be better than watching the game on TV and betting on my phone app. I think the future is going to be genuinely blended experiences and it might well be that the next big acquisition or partnership isn’t between a betting operator and content provider, or games technology company, but between an operator and Samsung or LG or Phillips.”