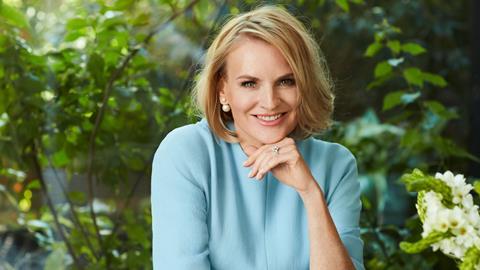 Do you know what, I get asked that a lot,” says Kasia Kieli, Discovery’s EMEA chief graciously, when quizzed on the challenges of working for the same broadcaster for almost two decades.

“My career has been with one company, but it has given me such an unbelievable range of opportunities and it has been changing in such a way that I never feel like I’m not being challenged or have not had the opportunity to grow,” she adds.

Kieli’s path at Discovery has coincided with her long-term employer’s expansion over 20 years, as it transformed from a male-skewed factual pay-TV channel to a multiplatform network that also spans news, sports, lifestyle and entertainment.

Since Kieli’s appointment to the role two years ago – she previously managed Central & Eastern Europe, Middle East and Africa for the company – the dominance of the FAANGs on a global scale and changes in viewer consumption are factors that have loomed large in Discovery’s game plan.

“There are so many opportunities, but you have to be smart about how you go after them. We need to make sure that we are flexible and can adapt fast in terms of what the consumer wants, where they want it and how they want it,” she says.

A key plank in Discovery’s strategy is and always has been content aggregation to ensure its programming brands hit as many eyeballs as possible. The difference now, however, is that to compete with global streaming services, this has involved partnering with players it once considered rivals – a theme she will be speaking about this IBC during the session ‘Collaborate to Success’.

Collaboration and partnerships
A recent case in point this June came in the form of Discovery and ProSiebenSat.1’s aptly named joint venture, Joyn, that carries programming and live streams from more than 50 channels. The streaming service is said to have the biggest collection of free-TV content in the German market, with third-party partners including public broadcaster ZDF.

Now is the time, says Kieli, for local broadcasters to partner and create a service (“or services”) across Europe; ones that can become significant to the local market, but which are differentiated by local content.

“This can provide real competition to global OTT services. It’s something we believe in – the Hulu model,” she says.

In the UK, meanwhile, a £300m, ten-year content deal with BBC Studios (“the largest the BBC has ever made”) saw the pubcaster effectively license all its natural history programming and premium factual content to Discovery for SVOD distribution outside the UK, Ireland and China.

The content is set to run on a new Discovery-branded global streaming service, pegged to launch at the end of the year, which will also feature Discovery content as well as the BBC’s future natural history programming.

“The service is really targeting consumers that we have always had a relationship with who are curious about the world – but it’s a new way of watching that content,” she explains.

She doesn’t rule out scoping similar broadcast partnerships in other territories in the near future. “Look, we’re always open to business and opportunities in digital, and aggregation is definitely an area that services consumer needs and preferences,” she adds.

According to Kieli, Discovery’s acquisition of Eurosport four years ago has been another “massive learning curve” for her as a leader – both in terms of bringing the European business into the world of sports, as well as enhancing its digital position on a direct-to-consumer platform.

“Our goal is to reach out and grow the passions of our viewers – not just in sport but at any moment in time – across all platforms,” Kasia Kieli

“It’s been a very exciting business that we’ve grown tremendously in terms of both our channel distribution and via our D2C platforms across Europe,” she says.

Discovery’s approach to developing the brand has been to scale up on local rights in key territories, such as Germany and Italy, so that it can offer a more targeted service in line with many of the other channels in its network. It is also taking a “thoughtful and determined” approach, she says, to developing the Eurosport Player.

“We really made some major development to the platform when we acquired the Olympic rights for Korea. And we have even bigger ambitions for Tokyo,” she says.

While the platform’s proposition for the games is still being “firmed up”, one element that Kieli will reveal is that Discovery’s ‘digital-first’ approach will see it commit to putting “every single minute” of the Olympics onto the Eurosport Player. While around 70% of the Summer Olympic sports disciplines will be broadcast across its networks, on the Eurosport Player fans will not only be able to watch all events, they will be able to see more streams with expert insight into the sports and other interactive elements.

The business is taking a similar approach to its Golf TV division, formed out of a 12-year deal the broadcaster inked with the PGA Tour last year for global TV and multi-platform rights outside the US. It is part of the broadcaster’s strategy to develop a succession of vertical, single-sport digital channels around dedicated communities, which Kieli refers to as “passion verticals”.

“These types of borderless communities are looking for similarly minded people with similar interests and points of view. We believe that this is a big trend, and if you have products for these targeted passion communities, then you are going to win,” she says.

Free to air vs pay-TV
Discovery’s $14.6bn takeover of US cable rival Scripps last March is also now starting to filter into the broadcaster’s EMEA offering. According to Kieli, the acquisition of the lifestyle and entertainment network boosts the network’s female segment and enables it to take huge lifestyle US mega brands and roll them out across EMEA.

Two months ago, Discovery launched home and lifestyle channel HGTV in Germany as a free-to-air, while this month it launched as a pay-TV channel in South Africa. Asked if free-to-air is a growth area across EMEA – given the saturation of the pay-TV market and competition from the streamers – Kieli replies that there is “no one size fits all” across its biggest revenue region.

“The markets and opportunities are very different. We’ll look at them on an individual basis with different brands and adapt our strategy.” 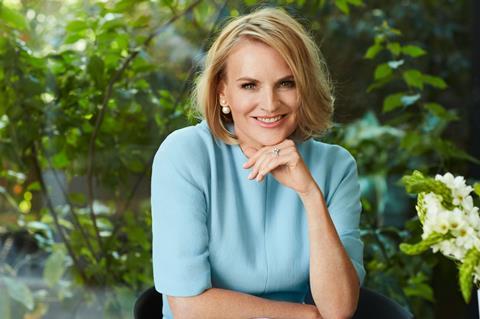 “What is important to know is that we’re in a unique position,” she adds. “Not many broadcasters have got that significant reach in the world’s biggest media markets. This allows us to serve our audiences on both a local and a global level. We have the ability to drive international campaigns and achieve real and meaningful market share in those key territories.”

Driving this share, of course, is content. There are the travel-friendly US behemoths – Shark Week is about to roll out its 20th airing – while global franchises such as Wheeler Dealers regularly reach combined audiences of between 140m and 160m globally.

Kieli stresses, however, that its locally produced content is equally as important, with shows such as The Great Bake Off in Italy and Salvage Hunters in the UK “not global but very significant and huge commissions in the local market”.

“Our goal is to reach out and grow the passions of our viewers – not just in sport but at any moment in time – across all platforms. We believe in ecosystems – it is not about ‘either or’ it’s about end to end. [It’s about] how people are consuming video.

“I truly believe that we are in the golden age of video – there is more video consumed around the world than there has ever been before, but the reality is they are all consuming it differently,” she concludes. “Our goal is to be everywhere.”