A new version of the Axon Digital Cerebrum Control and Monitoring system is being launched at IBC2019.

The product has played a key role in a range of major live and sporting events, including this year’s Open Golf, London Marathon, Champions League, Wimbledon, and Dutch and UK football leagues. It is being adopted by broadcast and OB companies worldwide, because, according to the company, “it offers ease of use and comprehensive third-party control.” 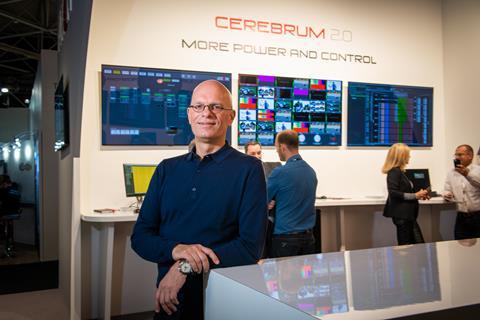 Peter Schut: “Our products are so reliable”

Cerebrum 2.0 contains a range of improvements to make it more compatible, more customisable, and easier for engineers to master, such as being IP-ready; multiple client support for single workstations; and the ability to control multiple routing devices from a single logical level.

Peter Schut, CTO and VP of research & development, Axon Digital, told the IBC Daily that although Axon is a relatively small company compared to competitors, its strength lies in its ability to provide comprehensive support. “We are big enough to be to be accepted by big companies like the BBC and Formula 1, yet small enough to be flexible to customer wishes,” he said. “If something goes wrong, we will fix it; and yet our products are so reliable that we have customers using them for 15 years or more without any trouble.”