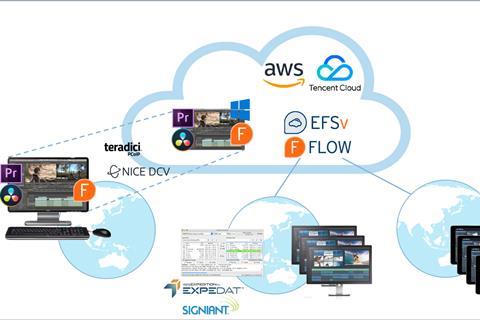 “Content producers across a range of industries are increasingly engaged with us about remote workflows and production flexibility. These conversations are driven by the demands for agile work environments that allow editors to work from anywhere. The pandemic has only accelerated these discussions,” states Tom Rosenstein, VP of business development, EditShare.

“Working with AWS extends the benefits of our EFS media optimised file system from its on-premises origins to now run in the cloud, bringing the same high performance with added operational efficiency. Customers only pay for what they need without having to pre-plan purchases or have systems sit idle.”