Vizrt has acquired NewTek with the combined company aiming to accelerate the video creation, production and distribution for media, sports, entertainment, education, enterprise and esports.

According to Vizrt, the acquisition creates the largest company in the broadcast industry that is dedicated to enabling IT-based video production.

NewTek developed NDI, a royalty-free, software-driven IP video technology which Vizrt said would allow it to become a global powerhouse for IP video production and deliver flexible end-to-end workflows for all levels of production and software-based products and services.

This expands Vizrt’s interactive and virtual video solutions, which is headquartered in Bergen, Norway and was founded in 1997, it has offices in Austria, Thailand and New York.

It is known for its range of real-time 3D graphics, studio automation, sports analysis and asset management tools for the media and entertainment industry covering animations, maps, weather, story and video editing, compositing, and multiplatform VOD and live playout tools, its clients include CNN, CBS, Fox, BBC and Sky Sports.

Vizrt chief executive Michael Hallén will lead the business. NewTek president and chief technology officer Dr Andrew Cross will assume the role as president of research and development of the combined company. 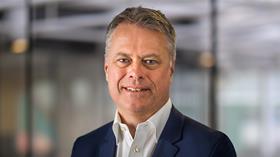 Hallén said: “Combining our organisations allow us to pursue our joint vision of software-based video production, leveraging the power and flexibility of computing and IT-based systems.

“The combined business will be very well positioned to deliver turnkey systems that give creative power to any organisation that has ambitions of producing content for any output platform.”

The company said it would be R&D focused with the aim of providing the software-based video technology that it said is the foundation of the future of the media industry.

NewTek is a privately held company based in San Antonio, Texas and was founded in 1986, specialising in live TV production systems and 3D animation special effects.

Cross added: “Taking advantage of computational, software, and network technology to make video more accessible, and fun to create has always been NewTek’s mission. These changes have revolutionised the way stories are told worldwide, allowing anyone to create and share a show.

“The tools from our two companies have fueled the video revolution from kids in classrooms, little league games, and web shows, to the highest levels of broadcasting, news and sports.

”The combined company represents one of the most disruptive changes for the video industry in decades, however, the goal remains the same - to build a new world of IT-based video technology to grow the reach and impact for anyone with a story to share.”