Given that half of the NFL’s multi-billion-dollar annual earnings come from TV rights fees, the fact that Sunday’s Super Bowl viewing figures showed a slight increase for the first time in five years means executives in the NFL’s 5th Avenue head offices in New York have satisfied smiles on their faces this week. 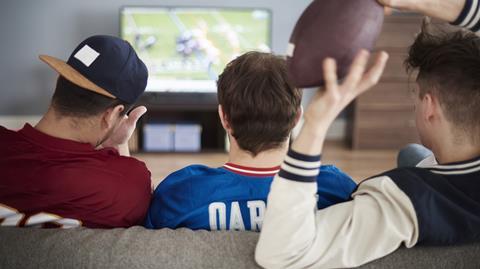 That’s because, as the Kansas City Chiefs’ win over the San Francisco 49ers took its place as the 10th most watched Super Bowl of all time and the NFL had just the kind of story it was hoping for as its next round of negotiations with current football broadcasters Fox, CBS, NBC and ESPN approaches.

This year’s Super Bowl audience average on Fox of 99.9 million viewers (and the 41.7 household rating) showed a 1.5% increase from 98.2 million and 41.1 rating on CBS in 2019, according to Nielsen data. Fox Sports also reported that its Spanish-language simulcast on Fox Deportes and the streaming on Fox, NFL and Verizon platforms took the average viewership up to 102 million, again an increase on last year’s multiplatform audience of 101.7 million.

Of course, set against the highest ever Super Bowl viewership of 114.4 million in 2015, even the Chiefs-49ers high-octane match-up that included a come-from-behind, fourth quarter performance fell well short in terms of viewers and there are naysayers who will point out that the primary US broadcast viewing audience was under 100 million for the second straight year in succession.

But Minal Modha, consumer research lead at Ampere Analysis in London, says the NFL should be happy about reversing the years of viewing decline, even if only by a small margin. “There is so much competition for eyeballs out there and the US has suffered such a lot of cord cutting, the NFL has to be in a better place for the forthcoming negotiations that should start later this year,” she says.

Youth engagement
The NFL’s positive spin of the Super Bowl numbers is supported by several key factors being aligned for this year’s game. There was a freshness about the pre-game storylines around Super Bowl LIV after a season of wildly exciting regular season matches and playoffs. 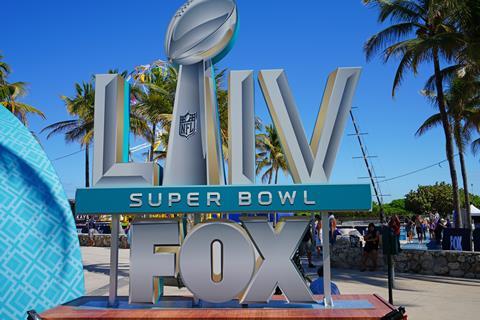 New, young stars like the Chiefs’ own 24-year-old Patrick Mahones are now leading an NFL narrative that can speak to younger audiences. Playing with an eye-catching amount of exuberance, Mahones was one of a group of quarterbacks - including League MVP Lamar Jackson of the Baltimore Ravens - involved a slew of fast, high-scoring games during the season.

Add in the fact that the NFL was trying ultra-hard in 2019 to re-connect with fans because this was its 100th season and it all led to audiences for regular season games rising by around 5% compared to 2018.

Modha believes that the younger demographic is a key next target for the NFL’s live gameday TV audiences, half of whom are currently over the age of 45. “The NFL’s television viewing demographic has stayed the same for at least the last two years, but any growth – even like this one for the Super Bowl - is a positive for them,” she says.

The NFL has long realised that even the non-game decisions for Super Bowls can help increase the TV audience. Their choice of Sunday’s half-time performers – Shakira and Jennifer Lopez – was a provocative one and ratings for the 15-minute music concert were 4% up compared to last year. The twosome’s set was seen by 103 million total viewers and was full of Latin rhythms and dancing that created the kind of much-needed buzz to prompt fans to stay on for the second half of the game. It contrasted starkly with last year’s low-key performance by Maroon 5. The fact that the halftime show has been seen by more viewers than the game itself in each of the past nine years proves the importance of the choice of musicians.

Another pre-game innovation was The Rock – aka wrestler-turned-actor Dwayne Johnson – appearing in specially-filmed segments on Fox introducing the key players on the two teams, while new on-screen graphics showing statistics embedded on the pitch itself were also introduced to try to help non-regular fans.

Fight for the rights

Goodell has come in for plenty of criticism over the last several seasons about the image of American football in general and his League in particular. Commentators have stated that headlines about former players’ brain injuries and acts of domestic violence by current players have been factors in why the mass audience for the Super Bowl has started to diminish. Even political rows with President Donald Trump over players kneeling during the pre-game national anthem have led to fans promising to turn away from watching the sport.

Coverage of #SBLIV jumped out to a strong start on FOX 💪 pic.twitter.com/M7inVlmklF

But Sunday’s story is the new lead and the NFL also wants broadcasters and streaming services to appreciate ‘the Super Bowl effect’. For instance, on Sunday night, Fox was delighted that the first show of the third series of The Masked Singer - which followed in the schedule after 20 minutes of post-game coverage - clocked up 23.7 million viewers and an 8.1 rating among adults 18-49, easily the programme’s best ever figures. The numbers were also both improvements on last year’s post-Super Bowl show on CBS, The World’s Best (22.2 million, 7.0). Such viewer loyalty to the game is why a 30-second spot this year cost $5.6 million.

And, of course, the Super Bowl is not just a platform where broadcasters look for high ratings, it’s also where technology firms want to be. This game was touted as the first 5G Super Bowl in history with fans in the stadium in Miami and in the surrounding areas able to hook up via Verizon who partnered with the NFL on installing the 5G network. Improved technology, according to the NFL, will lead to more viewing and social media posts and, therefore, higher broadcast fees for its live games.

So now the attention will switch to this year’s initial talks about TV rights fees which total around $5 billion annually into the NFL’s coffers. The last major round of broadcasting ontracts were signed for the nine seasons between 2014 and 2022 with networks CBS, NBC, and Fox paying a total of $39.6 billion.

Meanwhile, ESPN paid $15.2 billion for Monday Night Football up to the 2021 season and Fox chipped in another $3.3 billion for five years of Thursday Night Football which also ends in 2022. Then there is the amount of money from streaming services to be fully developed. Verizon gave the NFL $2.5 billion in 2017 for five years of streaming rights and Amazon signed a $130 million deal in April 2018 for two years.

But these numbers could be blown out of the water when the next negotiations end. The League is already a long way towards settling its next salary deal with the players’ association – something that will provide long-term stability for the TV networks and avoid another player walkout – and income from streaming services is still relatively small. Analysts say the League’s $5 billion-per-year income from broadcasting could double especially if reports about ABC wanting to show NFL games again after a 15-year absence.

“After these Super Bowl numbers and other audience increases, the NFL can point out that its broadcasting picture is getting better and that the networks and streamers have to pay for that,” says Modha.

And, what’s good for the NFL – the world’s richest sports league – is good for the rest of sport. Says Modha: “If the NFL’s next rights fees show significant increases, then the whole industry will know that the live sports TV bubble is not bursting any time soon and this will impact everyone else’s negotiations.”