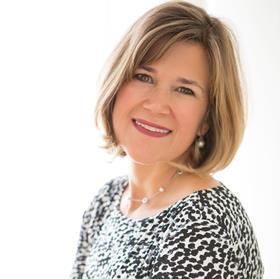 SMPTE 2019: SMPTE has unveiled a number of new partnerships at SMPTE2019 as the society continues its three-year transformation plan.

During her keynote at the organisation’s annual event in LA, SMPTE executive director Barbara Lange announced a new agreement with the IABM which would be signed in the coming months. She also revealed partnership agreements with ConnectTechAsia in Singapore and the Media Production and Technology Show in London.

The partnership with the IABM – which along with SMPTE is one of six organisations that own IBC – will take the form of a knowledge exchange, Lange explained.

“We’re happy to announce that we’ll be signing an agreement with the IABM for a knowledge exchange,” Lange said during the keynote.

“This will be an effort where IABM’s strength is in business knowledge and research while we bring expertise in the technology and we think that’s a good crossover that can add great value to the community.”

Developing new partnerships and reaching new audiences is a key part of the SMPTE transformation plan. That’s why the Society has signed up to agreements with two events starting in 2020, Lange said.

“In 2020, SMPTE will have an official track at ConnectTechAsia (formerly Broadcast Asia),” she added.

“We went this year and discussed with the organisers all the important work SMPTE is doing, and we’ve now signed a formal agreement that we will present a SMPTE track at that programme. We’re very excited to be able to bring our knowledge to that community.”

SMPTE has also signed up to an agreement with London’s Media and Production Technology Show, which will take place in May. Earlier this year MPTS acquired the assets of rival show BVE after owner ITE Group made the decision to close the event.

“We’re also proud to announce that together with our UK section colleagues we’ll be working with a group in London, Media Production and Technology Show,” Lange said on SMPTE’s partnership with MPTS.

“It’s a two-day event and very localised, with a focus on post and production activities, but they definitely see a need for technology and have turned to us for that support so we’re very excited to be doing that.”