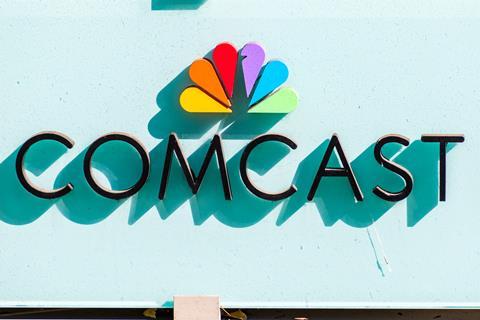 Comcast: “Unless addressability is achieved at scale, we’re going to fall short.”

Comcast is to partner with fellow US cable TV providers Charter Communications and Cox Media to develop an addressable ad offering.

Branded ‘On Addressability’, the programme will develop standards for addressable advertising, which delivers targeted ads to viewers.

Comcast, Charter and Cox will share their experiences of addressable advertising including ways in which they will be able to ensure customer data is used in ways that comply with privacy standards, reported Reuters.

Comcast Cable president of advertising Marcien Jenckes said: “TV is often looked at as the lowest common denominator medium (in advertising), and unless addressability is achieved at scale, we’re going to fall short.”

The move is part of broader efforts to encourage advertisers to spend with broadcasters rather than online platforms such as Facebook and Google, which are able to serve highly personalised ads to users.

The European Broadcaster Exchange (EBX), which includes Germany’s ProSiebenSat.1, TF1 of France, Mediaset covering both Italy and Spain and Channel 4 from the UK, wants to encourage major international advertisers not to overlook traditional media operators in favour of the large online platforms.