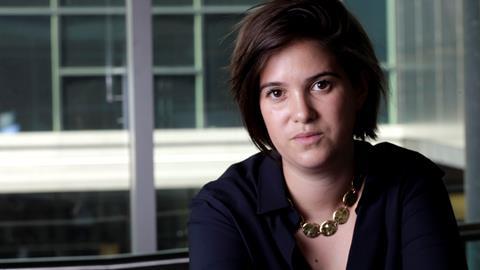 Audience loyalty has been the success to the longevity of Refinery29’s global reach; international president Kate Ward tells IBC365 about the triumphs of growing a digital brand beyond audience eyeballs.

Refinery29 - a dedicated media and entertainment company for women - has grown from strength to strength, starting as an e-commerce New York City fashion-focussed city guide that has expanded globally, today it is a publisher-centric organisation. 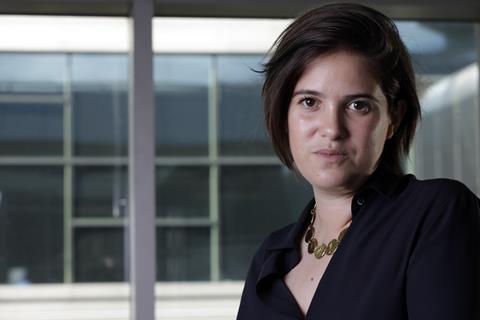 Kate Ward: “At the heart of everything we do is this mission focussed on women and the relationship and depth we have with young women all over the world.”

Refinery – which was recently acquired by Vice Media (see detailed below) produces editorial and video programming, live events, social and shareable content across all major platforms for women globally.

Speaking to IBC365, Ward explains her role is now about delivering content that is relevant, ensuring the company reaches women of all ages and demographics across the globe which is the key to the firm’s revenue success.

Ward explains: “Female audiences are considered underserved – I am not sure they are underserved – but our rich legacy dot com business has just over 30 million unique users per month and our audience focus is significant.”

She joined the firm in 2015 where she was responsible for launching the company’s head-quarters and oversees the international operations including the German and French editions of Refinery which has “created some incredible content and stories,” she explains as well as working with brands to launch its strategic creative consultancy business.

For more than 16 years, Refinery29 has championed women. Ward says: “The next phase is continuing to expand the business and our amazing live events with original premium content on other platforms and channels.

“We will find unique ways to continue our mission ‘to be everywhere she is’, whilst growing a global audience in more locations around the world.”

The key Refinery’s success moves beyond worshipping women around the world but tapping into their interests.

Prior to joining Refinery, Ward worked for the Endemol Shine TV Group where she held a variety of different roles, cutting her teeth in sales and TV format distribution before transitioning to working in television production, IP and international formats.

She explains her love for content and storytelling has helped her forge her career in digital publishing.

She says: “I am unashamed to say I am a generalist rather than a specialist as well as having a healthy amount of inquisitiveness and the ability to learn and grow. I am a sponge for knowledge and I seek passion for the content we create, I love stories and the impact we are able to share through our content inspires and excites me.”

Before moving to London, she lived in LA where she got to know Refinery29 as a consumer, reading the newsletter and something that retained with Ward was the company ethos to entertain and inspire women.

Her role today embodies the founder’s mission and works with the creative teams to help content travel internationally.

“I aim to look across the business to build reach and relevance and grow revenue across countries and work with the team on content, stories, and articles or even brand partners,” she adds: “It’s a varied role, but one that connecting audiences in a powerful generation of women to serve and inspire them is incredibly rewarding.”

Over 40% of Refinery’s audience is outside the US, up from 18% since Ward joined. She adds: “It is truly a global media brand for women all over the world.”

Paving a future for digital publishing
Focussing on the German and French editions, the team works to curate authentic and original content and translate it respectively.

“Brilliant writers have built that authentic Refinery voice for the local markets as well as the crafted content for our global business focussed on the UK and US.”

Asked if digital publishers are adequately standing up to traditional media companies, Ward explains some of the challenges and opportunities.

She says: “Anyone in the media industry - whether you’re a platform, broadcaster, digital publisher or media and entertainment company - competes for the attention of audiences.

“What we do at Refinery is focus on specific audiences, which allows us to create love and loyalty whilst building significant reach, scale, and engagement.”

The combination creates has proven successful as a defining brand for women.

“The loyalty to the brand means we are in a relationship with the audience and can see the incredible engagement and allegiance which we see as representation to the passion for the brand.”

Vice Media acquires Refinery29 in $400m deal
Last week news broke that Vice Media agreed on a deal to buy Refinery 29 in a major consolidation which will see the two firms will be rebranded as Vice Media Group.

Ward will now report into Vice Media chief executive Nancy Dubuc, who said in a statement: “This is an expansive moment for independent media.

“We will not allow a rapidly consolidating media ecosystem to constrict young people’s choices or their ability to freely express themselves about the things they care about most.”

The power of deep audience connections should not be underestimated, Ward explains there is revenue purpose behind building purposeful and meaningful brands.

She says: “We are passionate and have a clear mission and objective and this is not just content but to create social and cultural change and inspire movements that generate incredible value commercially for international audiences - but it has to be real.”

A significant aspect of the company is creating work with “real impact,” Ward points to the work it did with Gina Martin the campaigner to make upskirting a sexual offence, along with Eliza Hatch the creator of Cheer up Luv.

Martin began her campaign after two men took photos up her skirt. With support from Refinery, upskirting is now a criminal offence in the UK.

As of 12 April 2019, offenders who take a photo under a person’s clothes without their knowledge can now be arrested. If convicted, they will face up to two years in jail and may be placed on the sex offenders’ register.

IBC365 asked the future business strategy of Refinery, ahead of knowing the Vice Media take over, Ward explains: “It will continue to be a definitive brand for young women, in more countries and in more ways.

“Our mission and purpose to what we do will continue to go into the future.”