In the second installment of a two-part series on broadcasters’ efforts to counter the threat from the likes of Facebook and Google, Ray Snoddy examines how leading European commercial broadcasters plan to tackle digital dominance in the online advertising market.

Two years in the making, the European Broadcaster Exchange (EBX) brings together four partner broadcasters in the five leading European television markets: Germany’s ProSiebenSat.1, TF1 of France, Mediaset covering both Italy and Spain and Channel 4 from the UK. 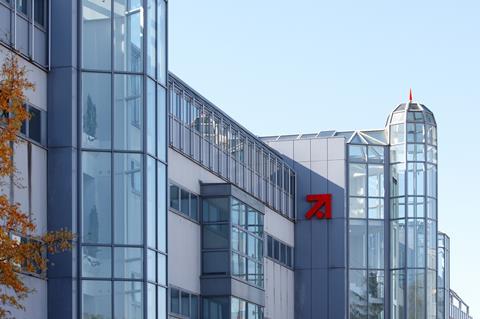 Together the broadcasters plan to tackle the fast-growing video on demand (VOD) market and claim their VOD services collectively can reach up to 160 million viewers a month.

Initial pan-European EBX online video advertising packages are already being planned in detail with major advertisers with campaigns due to go live later in the spring.

“We are not here to cannibalise broadcast sales, we are here to sell more television inventory by removing barriers to entry for advertisers and agencies.”  Chris Le May, EBX

At the moment the four broadcasters are largely selling advertising in their own domestic markets, yet for example in the UK alone, the Silicon Valley giants are estimated to win up to 90% of all new online advertising revenue.

According to EBX board member Paola Colombo, Director of Business Development and Ad tech at Mediaset, “the need and the necessity” for greater international cooperation was driven by two main factors.

Increasing globalisation in the media and the advance of global platforms was mirrored by advertising industry requirements for more international points of contact with broadcasters.

For Colombo there was also the commercial opportunity that in a world of robots, fake news and questionable material, European broadcasters could offer “a very compelling product for advertisers” - programmes that were high quality, brand safe and attractive viewing.

“That was the commercial reason but there was also a more strategic one for the longer term, and that is in such a fast-moving, changing market being together, and working together, towards the same development technology road map will save time and resources.”

The partners also hope to change, over time, the behaviour of some major international advertisers who set aside at the outset a fixed proportion of their marketing budgets for Google and Facebook, leaving local, traditional media operators to fight for what is left.

EBX decided it shouldn’t have to be that way.

The three European broadcasters decided to bring in an external chief executive, locate EBX headquarters in London and invite Channel 4 to become a fourth equal partner to represent the UK in the multi-million venture.

The EBX Chief Executive Chris Le May, whose background spans agencies, ad tech and working with broadcasters such as Sky and BBC Worldwide, believes the London choice for the operations head office was “astute.”

Many international brands such as MasterCard and Jaguar Land Rover, Le May notes, manage their European marketing operations from London.

“Clearly London is where the majority of the international planning happens and having the head office in London, close to those agency teams and brands, would be advantageous,” says Le May who will also be travelling to France, Germany, Italy and Spain frequently to develop business. 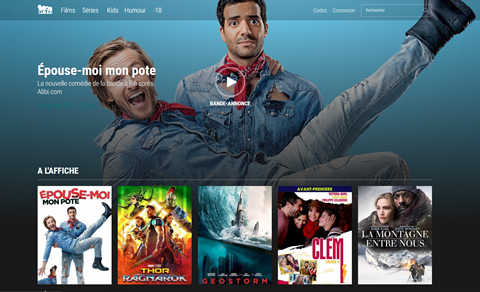 This year EBX plans to grow to 10 -15 strong and add more people next year, although from the outset the small team will also be able to draw on extensive research carried out by member broadcasters.

Next year EBX could also open offices in member countries and other broadcasters could join, certainly as participants, and possibly even as shareholders.

Le May sees no Brexit implications for EBX and instead is proud of what he sees as “a quite nice piece of European collaboration.”

For Jonathan Lewis, Commercial Digital Director at Channel 4 and the channel’s representative on the EBX board, the venture shows how, despite Brexit, “we can look to collaborate across EU territories that can deliver, what we hope will be meaningful commercial opportunities.”

EBX will, to some extent, compete with commercial sales around its members’ in-house VOD operations but efforts to reduce any risk of cannibalisation include a rule that campaigns must run on the systems of at least two member countries.

“It’s a balancing act. We are not here to cannibalise broadcast sales, we are here to drive incremental business for them to try and sell more television inventory by removing barriers to entry for advertisers and agencies,” says Le May who used to be in charge of EMEA for DataXu.

Le May believes EBX will have an important role in future in enabling its members to take advantage of moves towards an increasingly connected TV world.

Channel 4’ s Lewis expresses excitement that Channel 4 will, through collaboration, be able to “compete in a pan-European market against the likes of Google and Facebook.”

For example, Channel 4 will commit a proportion of advertising inventory sitting on its All4 site to EBX pan-European campaigns and this will be sold on a programmatic basis because programmatic “is more efficient from an operational perspective and that is the way the market is going.”

Lewis is probably speaking for everyone associated with EBX when he emphasises that “this is all about premium broadcaster video that has full engagement, that is brand safe, that doesn’t have any robot traffic and is in most instances delivered across their respective networks on the big screen - the TV screen.”

Apart from steering the launch of EBX operations Lewis notes the positive impact of the four broadcasters meeting every month and discussing a wide range of issues - such as the impact of the GDPR (General data protection regulation) on broadcasters.

It may also turn out to be a first foothold for partnerships in other areas in future.

EBX may yet face further competition from other broadcasters planning similar initiatives. There are unconfirmed rumours that the pan-European broadcaster RTL may be working on its own venture.

If it happens the EBX chief executive is unconcerned. Increasingly regional broadcasters realise the battle is not about fighting each other but about taking the fight for advertising revenue to Facebook and Google.

Any such other operations might even join EBX eventually but if they don’t it would still be positive “if they are forwarding the interests of broadcast TV by extolling the same virtues and propositions that we are outlining.”

Paola Colombo of Mediaset is convinced the market for international advertising budgets is already big and will continue to get bigger because there are more global players to engage.

“We have to be in there because we cannot miss out on such an opportunity,” she insists.