UK broadcaster ITV is edging closer to rolling out a programmatic ad tech platform for its live and on-demand service ITV Hub as it plays “catch up” with its use of data and analytics.

The broadcaster was linked last year with a bid for ad tech firm Videology before it was sold to Amobee.

Chief executive Carolyn McCall said ITV was “very close” to signing a deal that would enable the free-to-air broadcaster to deliver highly targeted advertising based on factors such as viewing history and location to users of ITV Hub.

McCall said: “We will have premium VOD inventory which will be highly automated so agencies and clients will be able to come to us much more easily than they do today, which is a highly manual process.”

”Britbox will be an imperfect product when it launches, but it will iterate and develop and get better” - Carolyn McCall, ITV

ITV is conducting due diligence with the unnamed company which McCall described as “an ad partner we have got to know really well”.

Speaking to reporters at a Broadcasting Press Guild lunch today, McCall said data and analytics were the essential ingredients of a successful technology platform. 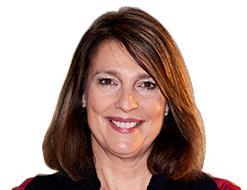 “It would be true to say that ITV is in catch up mode on that, and part of the £40m investment announced last July was in that area and you can already see the benefits of that on The Hub, where we now understand what people are doing. There is a loop back to us, and that means recommendations and personalisation.”

The former Easyjet CEO, who joined ITV in January last year, expressed her surprise at ITV’s use of data and said she was “shocked” at the slow pace of change among broadcasters – not just ITV.

“Coming from Easyjet, [the use of analytics and personalisation] was all pretty bog standard; we started doing that in 2010 at Easyjet because it was such a massive win for us in terms of customer interaction and we used it a lot operationally.

“Broadcasters don’t have the same operational demands as airlines, but there is a lot of valuable information coming back which can be used for advertisers and programming.

“At Easyjet you would say something and then implement it tomorrow; we would test and learn and I think that kind of thinking is really important.

“Not everything will be perfect when you do it; Britbox will be an imperfect product when it launches, but it will iterate and develop and get better. Viewers are quite used to that now.”

Britbox: Something old, something new 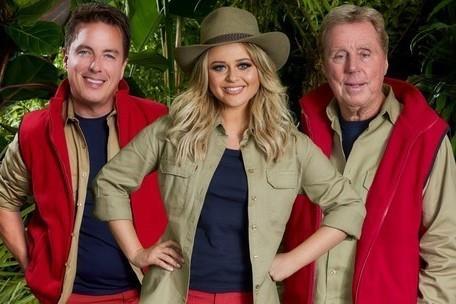 Last month, ITV and the BBC confirmed their plans to launch Britbox, a joint-venture subscription streaming service for UK viewers that will be made up of new and archive programmes.

She confirmed that Britbox would have its own commissioning team that would work with UK production companies and said that co-productions with other SVOD services were “more than possible”.

And McCall said she was keen for Channel 4 to become a Britbox partner.

“Channel 4 doesn’t own any rights, however there will be a way for them to participate. We are in the middle of discussions with them. I know, having seen Alex (Alex Mahon, Channel 4 chief executive) yesterday, that is something they want to do and that we would welcome.”