6
MovieLabs to focus on security with new whitepaper
Trends

MovieLabs to focus on security with new whitepaper 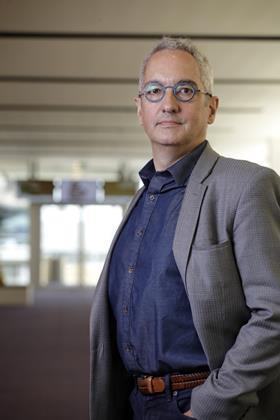 SMPTE 2019: MovieLabs is set to launch another white paper focussed on the security needs of the industry, following the successful release of its 2030 vision report in August.

During a keynote presentation at SMPTE 2019, MovieLabs chief technology officer Jim Helman spoke about the core principles that underpin the organisation’s 10-year vision for the future of cinema, one of which was security.

“During the move to the cloud, you will have a number of assets,” he said. “With all of these assets, you may no longer have a facility protected by a well-defined perimeter or even a hybrid cloud perimeter. So we need to rethink security and make it more asset-centric, more scalable to address a wide-range of productions.

“If you have a high budget blockbuster then you’re going to want to protect those assets, but a smaller regular cooking show may not need the same level of security.”

He went on to explain that MovieLabs will launch another whitepaper outlining its ideas for improving security as studios move to the cloud. Though he did not set a date for the release, Helman did tell IBC365 that it would be released “within the coming months.”

Speaking on the release of the whitepaper, Helman said: “The move to the cloud will mean significant changes for the industry. We’ve seen the wide-scale adoption of cloud processing and computing across many industries. In our industry, we’ve seen the evolution of real-time rendering and pre-visualisation, and this has all come together to create a transitional point where we have the opportunity to shape the future of production in a way that will benefit the entire community.”

This means being “more flexible, with better workflows, that allow more back and forth iterations” he added. The whitepaper is a “first step” and will involve engagement with the whole community, beyond just the five studios who make up MovieLabs. This will include vendors and organisations such as SMPTE he added.