The once distinct worlds of advertising and television content are increasingly converging, with the subject one of the hot topics during IBC2018. 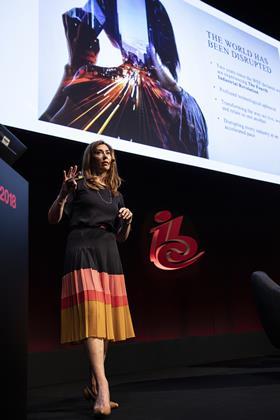 The promise of partnerships and new business models and advertising technology innovations were top of the agenda in Amsterdam.

“The world we operate in has been massively disrupted. The technological revolution has transformed in very profound ways, the ways that we work and the way we live. It has accelerated the pace of change in our industry.”

Facebook, Apple, Amazon, Netflix and Google (FAANG) are adding to the complicated landscape where traditional advertising is no longer working.

Pattison stated: “We need to think of more interesting advertising formats because we haven’t really innovated the way we incorporate brands into content.” 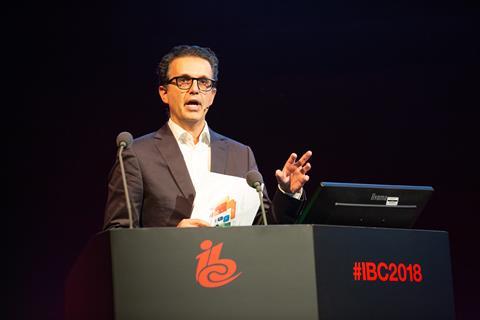 IBC2018: David Abraham on the power of uniting advertising and production

He urged advertising executives and TV producers to work together in harmony particularly on short-form content which has “interesting potential.”

”All these brand owners are thinking about how the world is changing around them because standing still is not a way of future proofing your model,” he added.

In an interview ahead of IBC, Abraham explained the next logical step: “It’s harder for brands to reach fragmented audiences on multiple platforms – there needs to be a more coherent knitting together of editorial messages.”

According to a panel of experts speaking about TV and digital video advertising, the industry must look beyond the now to focus on the future, embracing technology to personalise advertising for consumers.

“Addressability at scale,” is a top priority for panellist John Gee, Chief Business Development Officer at TV data company Alphonso, whose tech is present in over 34m US households.

AddressableTV advertising is the ability to show different adverts to different households while they are watching the same programme.

Gee also pointed to the power of audience analytics and thet fact “you need to know who is watching.”

He added that another challenge the industry needed to address was the fact that multiple device usage during prime time is affecting brand recall.

“Brand recall drops tremendously when there’s more than one device in the room – it falls from 47% to 20% and the highest occurrence happens during prime time, so it’s a real problem.”

Further, the state of scripted, the future of linear TV and the effectiveness of digital advertising were all topics of debate at a session devoted to debunking received wisdom in TV.

Sky Head of Insight Louise Sharpe said: “It feels like a very buoyant time. Drama is getting good audiences – Ofcom data show that big drama is getting audiences over 8 million per episode in the UK on channels such as the BBC, ITV and Sky and it’s doing well on the SVODs too.”

However, recent research commissioned by Think TV in which marketing academic Professor Karen Nelson-Field used eye-tracking software to find out the true attentional impact of ads on different media platforms.

It found that ads on platforms such as YouTube had less impact than TV advertising and stressed the need for advertisers to go back to branding campaigns.